I've been in resturants all night, all I got served was lead. 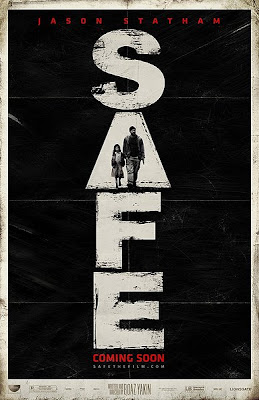 It doesn't really take a lot to sell me on a Jason Statham film. Is he kicking ass and taking names? Is he mumbling and chewing all of his words like a dog with peanut butter? Is he a hitman/cop/bounty hunter/guy in the wrong place at the wrong time who somehow knows martial arts? Is Neveldine&Taylor nowhere to be found on the film's production credits? Is it at least competently written? If the answer is yes to all (or at least a majority) of the questions then chances are I probably will go out and buy a ticket without any hesitation. Don't get me wrong, Statham is not my favorite actor and a majority of his filmography is nowhere near Criterion quality, but there is something enjoyable about watching Statham do that voodoo that he does so well. 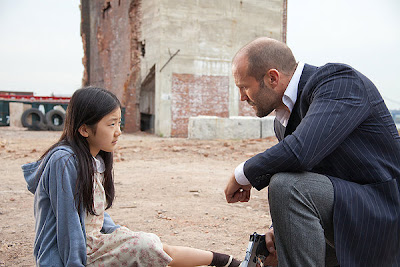 In Safe, Statham plays Luke Wright, a former cop turned cage fighter who, after refusing to throw a fight, has everything taken away from him. He loses his house, his money and his wife is brutally murdered with the promise that anybody he ever befriends, helps or talks to will be murdered as well. While all this is going on, a 12-year-old Chinese girl named Mei, who has a knack for remembering things, is taken by the Triads and used as a walking ledger of sorts. She remembers all the numbers, locations and people so that they don't have to write anything down.

A year goes by and Luke is now homeless and on the brink of suicide while Mei is brought to America to be used for some business in town. Mei and the Triads are attacked by the Russians and after the Russians kidnap her, she soon escapes and finds herself wanted by every criminal organization and corrupt official in town. Luke sees what's going on and brings it upon himself to save and protect Mei from all harm and danger.

On the surface, Safe is a predictable, paint-by-the-numbers Statham film. It's nothing you've never seen before and it's certainly been done better. It bogs itself down with a ton of exposition and explaining and some of the dialogue is definitely on the cheesy/kitschy side, but in the grand spectrum of Statham movies, it's right down the middle. Statham does his usual shtick, so if you like what he does normally, chances are you'll like his performance in this. The other acting is pretty average but nobody besides Mei and Luke get a ton of development. 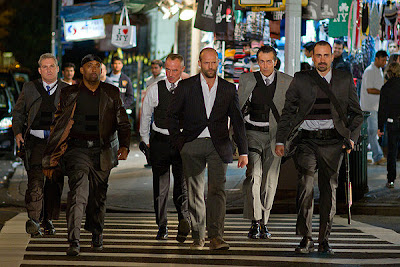 If it sounds like I'm being harsh, I'm not, I'm just pointing out what everyone probably already expected. Like I said before, "on the surface." But I decided to dig a little deeper than I usually do and pay attention to the movie from a technical side and this is where the movie surprises itself. Honestly I don't think it expected to be as well shot and edited as it ended up being. From a technical side this film is actually quite good and a step in the right direction for "typical Statham films." The soundtrack is appropriately placed and adds tension where needed, the sound design is Bourne quality with every gun and fist sounding heavy and hitting with the right bang or thud and the cuts/edits/cinematography are all hectic but controlled at the same time. It does things that a normal film goer wouldn't give a second thought to but re-watching Statham's filmography it seems leaps and bounds better than the established norm.

Overall Safe is a competently written and acted film that hits all the beats that Statham films have been known to do. Predictable, yes, but entertaining nevertheless. On a technical side, however, it shines as one of Statham's better shot and made films, even if the script and everything else makes the film just okay. If you like action films and you like what Statham usually does than you can do a lot worse in terms of films. Just don't expect the next Snatch.