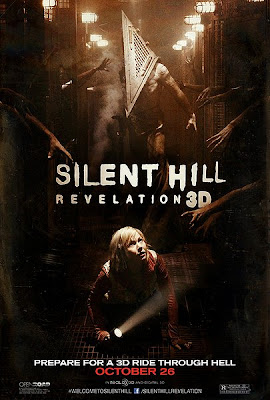 
Fast forward to 2012 and Michael J. Bassett (Solomon Kane) has decided to skip Silent Hill 2 and adapt his interpretation of Silent Hill 3 onto the big screen. I was incredibly hesitant towards this decision for multiple reasons, mostly having to do with plot inconsistencies that were bound to show up, but the biggest reason is because Silent Hill 3 is one of my favorite video games of all time and is indeed my favorite entry in the Silent Hill series, despite the second game being the most critically acclaimed.

Like my choice in favorites, my thoughts on Silent Hill: Revelation (not to be mistaken with Resident Evil: Revelation) aren't in the popular opinion and really boil down to a simple formula: Have you played Silent Hill 3? If yes, did you enjoy it? If yes to both than chances are you'll either love, or at least somewhat enjoy Silent Hill: Revelation. If no to either, you will absolutely abhor this incoherent mess of a film. I'm in the former, although I do recognize where problems exist. 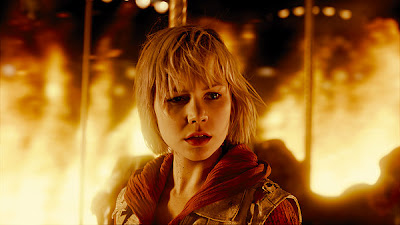 The story follows Heather (Sharon from the first movie), a teenager who is being haunted by Silent Hill. No matter how far Heather and her father Harry run from the town, it finds ways of creeping back into her life. Whether it's a nightmare, a vision, or an outright attack from one of the ghostly members of the town themselves, it always follows her. When she's followed by a mysterious private eye who is investigating Heather and Harry, she hides out in the local mall in hopes that they can confront him, or at least lose his tail. When Harry never shows up and the man is murdered by a resident of Silent Hill, she enlists the help of a local boy named Vincent, who, after learning Harry has been kidnapped by the people of Silent Hill, helps take her to Silent Hill.

Silent Hill 3 worked best in its atmosphere, but the story was far from compelling. In that sense, the film feels like a direct adaptation. A good number of scenes have been lifted straight from the game and while it does create an unnerving and creepy atmosphere, the dialogue and overall plot are shoddy at best, insulting at worst. The worst of it though is in the original scenes or scenes that try to tie-in to the original movie. When it's stealing from Silent Hill 3 it's creepy, compelling, atmospheric but totally unremarkable in the writing department. When it's an original scene it feels rushed, confusing or sticks out like a sore thumb. Continuity was never on the director's mind it seemed and for fans of the original film it will definitely create some anger and disappointment. 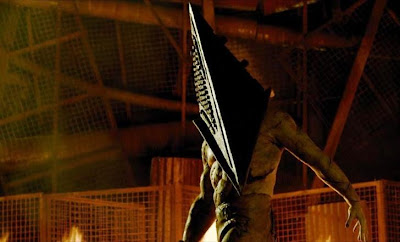 In terms of acting it's all over the board. Adelaide Clemens does an admirable job as Heather doing the best she can with what she has. Most of the time it's looking scared or confused, but effort is effort and when you consider most of the other cast, I'll take what I can get. The adults (Sean Bean, Carrie-Anne Moss and Deborah Kara Unger) do a decent job with what they have, although most of them don't get enough screen time to really make an impact. The worst is probably Kit Harington, who I actually enjoy in his other work, but in this he is painful to watch and I couldn't wait for him to get off the screen.

The strongest part of the film, and quite possibly the saving grace of the whole thing is in the technical aspects of the film. The music is beautiful and memorable, the 3D effects are some of the best I've seen in a long time and the lighting works amazingly in setting a tone. The special effects are also a sight to behold, with most of the creatures looking really incredible and a good number of them stuck with me after the film was over. Some effects were better than others, a few looked like they were pandering to the 3D audience, but overall it earns high marks across the board.

Overall Silent Hill: Revelation isn't as terrible as I thought it would be. As an adaptation of Silent Hill 3 it does a solid job getting the mood and atmosphere correct, but like Silent Hill 3 the writing and acting leave a lot to be desired. It's hard to recommend this film to anyone, but I can't really damn it completely either.