How many of us ever know what it is to become the perfect version of ourselves? 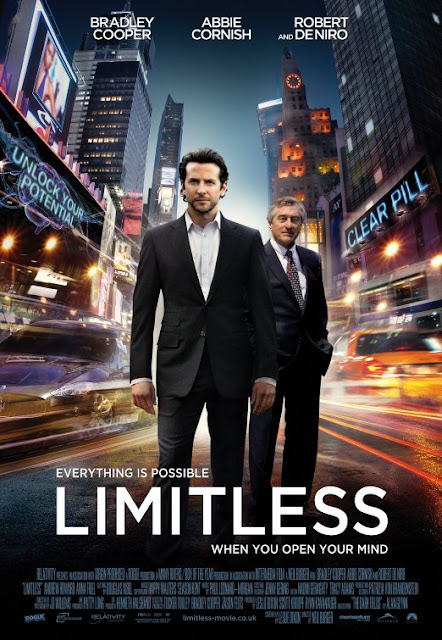 Looking back, I should have picked up on Bradley Cooper's potential as a star way back when I first saw him in Wet Hot American Summer. Rugged good looks, a great sense of humor, the twinkle in the eye that you see in all leading men, and most importantly the ability to be versatile in any role you are given. And despite being stuck in comedies for most of his career (save for a few films) Cooper has certainly gotten nothing but better in the last 10 years.

Limitless, the latest from Illusionist director Neil Burger, is picture proof of how good Cooper has gotten. Limitless lives or dies by Cooper's performance both on screen as well as in the numerous voice overs and inner monologues he delivers throughout the entire movie. If he didn't deliver on both, this film would have been dead on arrival. Acting's certainly not easy but being able to be convincing and entertaining while basically reading your lines out loud is certainly a challenge most actors can't live up to. But luckily Cooper's charm and charisma cut through any doubt and no matter what other problems may arise from this film, you always are entertained thanks to Cooper.

The story of Limitless is based on the 2001 novel The Dark Fields by Alan Glynn. Eddie Mora (Cooper) is a struggling writer whose life can't seem to catch a break. His book is overdue, his girlfriend dumped him, his money situation is in the toilet and said book only has one word written on it. One day, while roaming the streets of New York, Eddie runs into his ex brother-in-law (Eddie also has a failed marriage under his belt) who offers him a drug called NZT which will stimulate his mind, increase his intelligence and make him more focused then he has ever been in his life. It also makes things more colorful (I don't know why). When the effects wear off he decides he needs more and, after discovering the ex brother-in-law dead, finds his secret stash and takes it as his own.

With his newfound powers Eddie becomes the perfect him. He's in shape, dresses well, looks clean, learns languages, martial arts and other talents and even manages to finish his book. But like every red blooded American he wants more. So he ups the dosage and decides to take on Wall Street. But when side effects start occurring and people start following him, maybe being the best him isn't the best decision after all.

The story is well done but suffers in a few key ways. First it relies on NZT as a crutch whenever they write themselves in a hole. Need to fight? NZT. Need to run? NZT? Need to accomplish a goal? NZT. Need to fill a plot hole in seconds? NZT. It goes on and after a while gets a little frustrating. I understand the point is that it's a miracle drug but it can't make you God of all sudden (which this movie may lead you to believe). Second, besides Eddie, all the other characters are painfully underdeveloped. DeNiro is basically a caricature of Michael Douglas' Gordon Gekko, Abbie Cornish is just there to be the girlfriend and nothing more, and all the other supporting cast members either don't get a name or aren't developed past stereotypes 101. Seedy lawyer? Businessman? Russian Mobster? All there. Finally, some side plots are basically just dropped mid film for no reason other than they must have run out of time. The best example? One character's motivations change in two seconds flat with no explanation. It baffled me.

The acting is a mixed bag but with more good then bad. I've already raved about Cooper enough but he is fantastic and a treat to watch the whole time. DeNiro, despite not having much depth, is good as well and does a good job with what he's given. He mixes intimidation, evil and kind quite well. It's kind of a throwback to his older roles. But that's where the praise ends. Everyone else either phones it in or gets swamped by Cooper/DeNiro. It's sad really when you think about it, but luckily you don't notice the bad that much unless you really go looking for it.

The only other thing worth noting is they do a tunnel effect multiple times during the movie (the longest being the opening credit sequence) and while cool at first, it gets annoyingly disorienting and I almost got nauseous. Just fair warning you might want to look away. 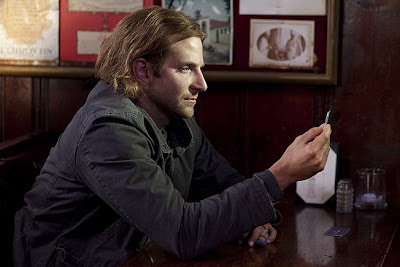 Overall Limitless is one of those movies that should be a great vehicle for Bradley Cooper. It shows he can do drama and action well and that if you give him a script he can deliver. The story suffers from a few issues but overall is entertaining and doesn't overstay it's welcome. The acting sans Cooper leaves a lot to be desired but an interesting role, albeit shallow, from Robert DeNiro is at least somewhat fun to watch. If you're a Cooper fan or like kinda trippy thrillers then give this a whirl.