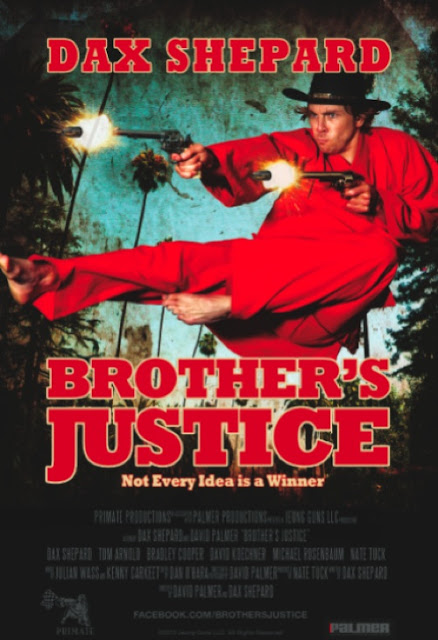 To my artsy film friends I will deny his very existence but if I'm going to be completely honest I just have to come right out and say it: I like Dax Shepard. I don't know why and really I probably shouldn't but to me he's just one of  the funniest people alive. I've seen every film he's in and even if I hate the film, I usually love him in it. So in theory Brother's Justice, a film that's basically an hour and a half of Dax Shepard playing himself trying to sell a film, should be amazing right? Well sadly no. While Brother's Justice is certainly funny in some parts, the overall film breaks the cardinal rule of documentaries, whether they be real or fake: you can't be boring. And for every great, hilarious moment in this film, it's rife with boring, awkward moments that almost made me press fast forward on my remote. 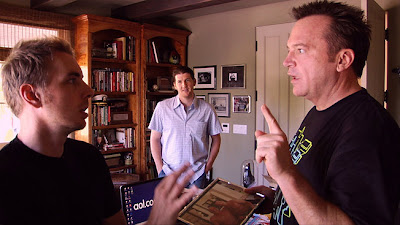 The film, like I briefly mentioned in the intro, is the documented account of Dax Shepard trying to sell a movie pitch called "Brother's Justice" to every major Hollywood studio or executive he happens to have contacts with. The pitch is never fully explained, and seems to change with every time he tells it (in fact at one point he asks for money BEFORE giving the pitch), but the basic idea is that Dax and (insert person here) play martial arts action heroes fighting crime. The people he visit seem interested at first, until Dax reveals he plans on playing the movie straight. For those who don't know that means he wants to do the movie seriously and NOT as a comedy. That doesn't bode well for the people since Dax has, up until that point, always did comedies and had no action movie experience whatsoever. Dax then spends the majority of the film trying to prove the people wrong by reinventing himself as an action hero.

On paper this film sounds funny. In reality, it's spotty. Dax has some great moments of his signature dry humor, especially when he's giving the newly modified pitch or going off on other actor friends, but the rest of the time his humor seems forced, flat or downright cruel. His buddy/producer is actually funnier than Dax most of the time because he isn't trying as hard to be funny. But where the film shines in it's humor is with it's celebrity guests like Tom Arnold, Bradley Cooper, Dave Koechner and Ashton Kutcher. Each play themselves, only totally exaggerated. You can tell they love to let loose like this and some of the improv between them, especially Tom Arnold and Dax, is fantastic. It almost makes up for a lot of the mistakes. 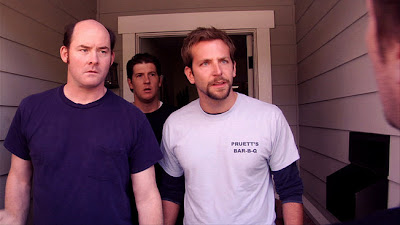 The film is fairly quick and only drags in some of the unfunny parts of the film. You can tell Dax was trying for the throw jokes against a wall and see what sticks method and the pacing of the film tends to lend itself to the humor more often than not. One thing I'll say though, if you don't like the film itself, the mock films that he does throughout the film are flat out hilarious and are worth watching if nothing else. Think Simple Jack from Tropic Thunder.

If you like Dax Shepard or any of the aforementioned buddies that show up in the film or if you like to see a little insight into how a film comes to be (or at least pitch to production) then this film is for you. It's not the best film and Dax does miss more than he hits, but it's a fast paced film and worth a watch if nothing else is on.