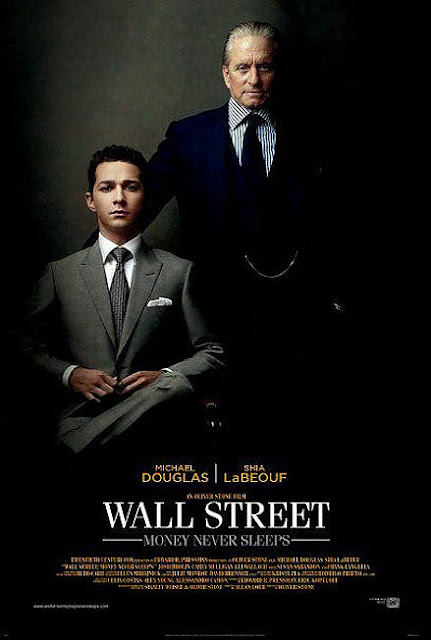 The one question I keep getting asked about the new Wall Street movie is whether or not there really needed to be a sequel. The first one didn't exactly leave a giant hole that only a sequel could fill so why make a sequel? And why now?

Well it's pretty simple actually: the market has changed a lot since the 80s. Since then we've gone through (and are apparently "over") a recession and the economy isn't as strong as it once was. With that in consideration, Wall Street: Money Never Sleeps seems like a really smart thing for Oliver Stone to have done. Gordon Gekko inspired a generation of Wall Street businessmen and changed the way we looked at greed forever. Ask any Wall Street guy alive in the 80s and he could probably quote Wall Street and Glengarry Glen Ross in his sleep, backwards and forwards. I don't know about the rest of you but I sure did miss the Gekko. 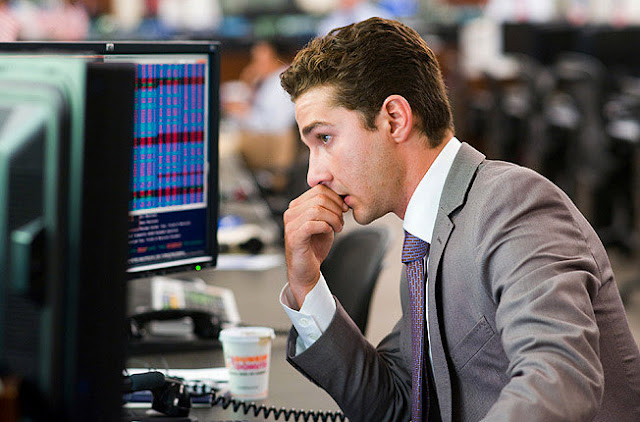 The film starts with Gekko getting out of prison after having gone to jail for the events from the previous film. He is still stuck in his old habits (the brick phone, going up to the nearest limo only to find out it belongs to someone else) but he soon realizes that he is on his own and has to start all over again. Flash forward seven years and we meet the real protagonist of the movie (Gekko is more of a supporting role in this movie) Jake Moore (Shia LeBeouf) and his fiancée Winnie Gekko. That's right...Gekko. Winnie runs an online political magazine and Jake is a proprietary trader for an investment banking firm lead by his idol and mentor Lewis Zabel (Frank Langella).

Jake is knee deep in an alternative energy project and is trying to get people to invest in it. Sadly people aren't too keen yet on alternative energy, especially an experimental project like fusion energy, and so companies are hesitant to invest in it, much to Jake's chagrin. One day Zabel brings in Jake and gives him a one million dollar bonus, much to Jake's surprise and Jake decides to celebrate. He thinks because of this bonus that things are looking up and that it would be great to invest in Keller/Zabel.

The next day Keller/Zabel loses 50% of it's value and Zabel is forced to sell it to Bretton James, the CEO of another big company Churchill Shwartz. Zabel is devastated by this and kills himself, which is a dark day for Jake and the rest of Wall Street. Jake then decides to get payback on Churchill Shwartz and the only person for the job is a certain Gekko. 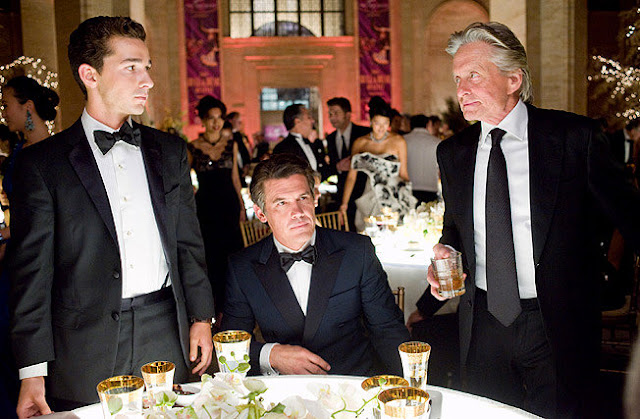 The film is actually really well written. I know jack squat about Wall Street or investment banking and while they do use a lot of business jargon, it never becomes overwhelming and hard to understand. Jake is a very sympathetic character and you can sense his drive and his ambition as well as his quiet contempt for Churchill Shwartz. Gekko is a good mentor to Jake and pretty much everything he says in the film is Yoda-esque in quality. You can sense Gekko didn't lose his edge after all these years and that he is better than ever. Winnie could have come off as the daddy issue one note that I've seen in other films and while her character isn't as fleshed out as the others, there is some complexity to her role.

The acting is also quite well done. Michael Douglas IS Gordon Gekko and even though it's been 23 years, he still has that swagger and that charisma that he had before. Josh Brolin as Bretton is fun because he is the mustache twirling ass-hat with no redeeming values whatsoever. He is a villain to his core and it's nice to see because Brolin makes a good villain. His evil eyes, his grit teeth, his snarly voice that makes you just love to hate him, it's really great. I wish Brolin would be more evil often. Shia is a hard one...I really liked him growing up back when he was on TV and up until Disturbia I really liked him. But after Disturbia and the Transformer movies I just grew to really despise him. He's not a terrible actor but he has kind of drawn himself into this unlikeable corner. That being said I think he does do a really good job and does well with Stone's material.

My only problem with the movie is pacing and that is it's most deadly enemy. For every brilliantly done scene (Gekko getting out of jail, Keller's suicide scene, the reconciliation of Winnie and Gordon) there is at least two overly drawn out or cut too short scenes and some scenes just feel out of place. To give you an example there is a scene where Bretton and Jake are on bikes. That whole scene could have been left out. The only reason it was in there was for the last minute of the scene which is a big turning point in the plot. But the rest of it seems unnecessary. There are a lot of those scenes. Scenes with a lot of build up to barely anything or scenes that are a snap's length that should have been explained more. Besides that though the movie is really well done. 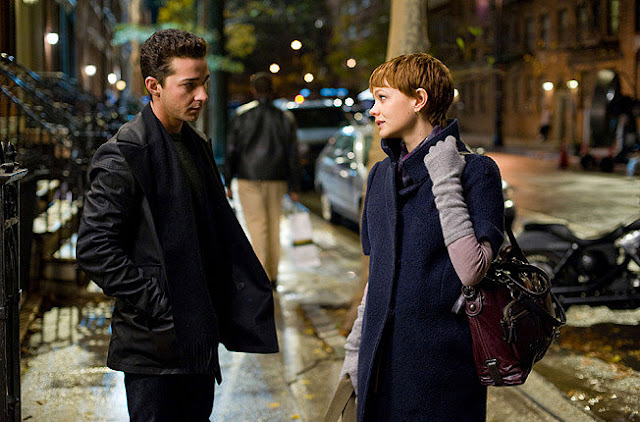 I know to some that may seem like a small issue, but when you got a movie that is almost two hours long and a lot of story to tell, some exposition heavy scenes are really not necessary. On at least 4 different occasions I found myself going "Yeah..and" or "And he's still going." That doesn't make this a bad movie by any means, because it's not, but I think Stone could have done a little more than the shaving 6 minutes off of the end he did originally.

Besides that though this is a well written, well acted sequel and good for any fans of the original.