A Twist You Wont See Coming! 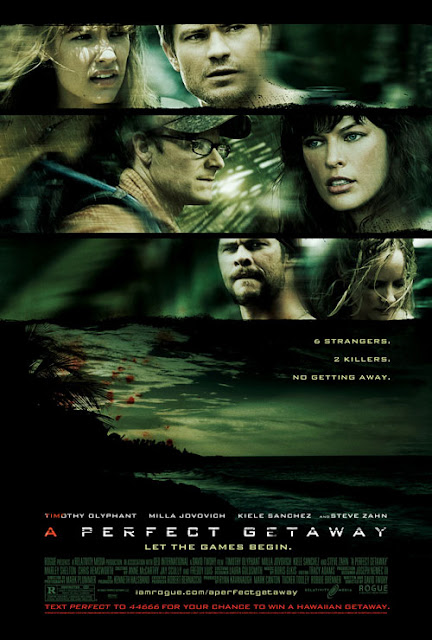 Hey everybody Im the movie encyclopedia and if no one else will see it, than I will.


As all of you readers out there are well aware I started this blog up yesterday. And I dont know about you all but Im not going to wait until saturday when I see The Goods or District 9 to review another movie.
I am an avid movie goer. If movies were recession proof than i would be a main contributor. Nine dollars of my money goes into these films every saturday or sunday. I have seen so many movies this summer that it would be a shame for me to not review them. But for the sake of staying current Im only going to be reviewing the last 5 movies I saw, 4 of which are still in most major theatres. The first one is the movie I saw before Julie & Julia- A Perfect Getaway, which I saw 8/9/09.

A Perfect Getaway is the new thriller/mystery movie from David Twohy (dont ask me to pronounce it) who is probably most famous for directing the Chronicles of Riddick films. It pits Cliff and Cydney (played by actor Steve Zahn and actress Milla Jovovich) in Hawaii during their honeymoon. These two newlyweds are getting the most out of their Hawaii trip by hiking up a mountain which leads to a large cliff and cove which a nice sandy beach. This area is where most newlyweds seem to end up and its also a great place for kayaking.

Now I'm not trying to get you to fly to Hawaii with this description but this movie certainly tries to do so. Everything in this film is shot on location and if you get nothing else out of this film, the scenery is brilliant. 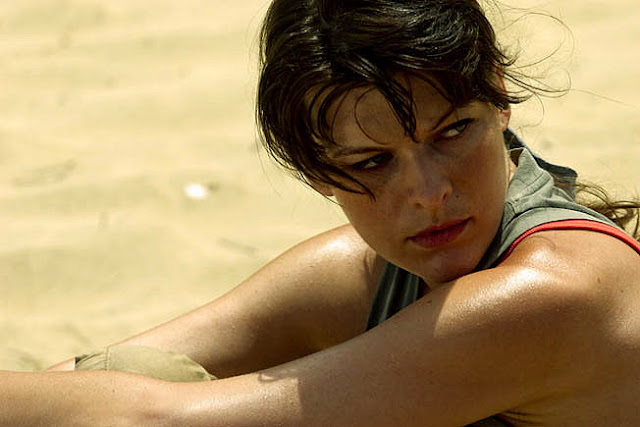 The plot is a simple one, then again the person writing this movie is a new writer, but it gets complicated quick. While hiking they learn that a newlywed couple had been found and murdered by a man and a woman team. It gets more complicated when they learn that the killers are on the same island as them. And to make matters worse, there are only two other couples (that they show) on the island. So as the poster says: "6 strangers, 2 killers, no getting away!"
If this little synopsis sounds interesting to you than by all means see this movie. Thats honestly the only reason I was interested in it. Whenever I saw the previews I always saw a cut-and-paste thriller whodunit in Hawaii. I mean look at the trailer:

Doesnt it just scream "Im scary and suspenseful in Hawaii?!" The trailer guy voice really doesnt help it much. Thats the problems with most trailers is that they always point out the BIG SELLING POINTS way too often without exploring the backstory a little bit. I mean Im all for edge of your seat action but this movie was not that. Honestly in the 97 minutes of film, all the action is within the last 20 minutes. But that doesnt mean this is a bad movie.

You want the truth? This movie left me really confused on the inside. It had a great story and the twist at the end was a mind blower but the thrills seemed really forced. Its like if in The Sixth Sense (great movie) if they would had, at every scare moment, cut out the music seconds before and than have a big sting at the scare. That IS a pretty good technique to get people scared but, unlike the Sixth Sense, you can see these thrills a mile away.

One big example is when Cydney and Cliff are going around a mountain ledge thats a bit wet and leads to a big fall. The first guy (later revealed as Nick played by the very underrated Timothy Olyphant) makes it through fine and Cliff makes it through fine. When it comes Cyndey's turn the music that had been playing cut out completly and she started to cross. When she was halfway across the music stung AND THEN she fell. It almost seemed as if the movie and the music werent synchronized right. You get the big scare BEFORE it happens. That and this movies beats the cardinal rule of three to death. 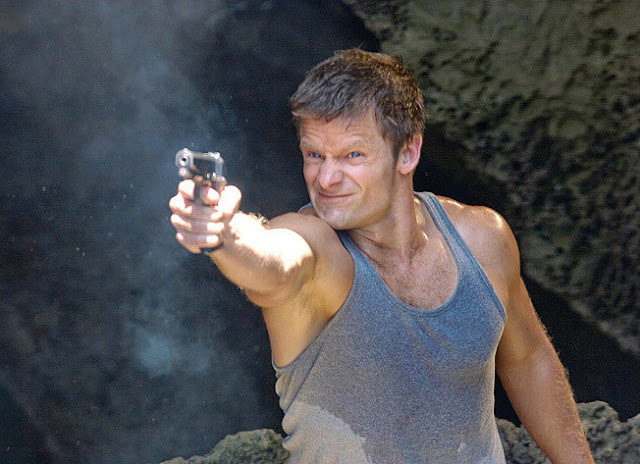 Im not trying to bash this movie or say its bad. I actually think its a pretty decent movie. The acting is good and the writing is great. The big problem for me is what I mentioned above with the weird sound cue placements as well as the ending, while mind blowing, seeming a little pushed. Like the writing got thrown out the window so they went "Ok big twist done now lets just shove some action scenes in here!" And while Im a fan of action movies, I dont like my action to seem forced or out of place. So see it for its setting, acting and for the most part writing, but I probably wouldnt reccomend spending nine dollars to see it. But definetly worth a rental if you are in the mood for a thriller.