You have to look beautiful for your funeral. This is how they are all going to remember you. 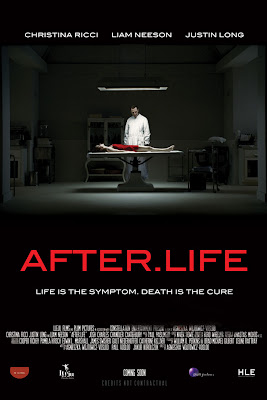 Hello I am the movie encyclopedia and if no one else will see it, I will.
Films that deal with the idea of death have always intrigued me. Whether it's about the Grim Reaper or a Reaper-esque character, the idea of death, or what happens after death I have always been interested. But one idea of death or near death has always freaked me out: what if you're alive but everyone else thinks you're dead? Stephen King did a great story on it called "Autopsy Room 4" in which a guy had to get a hard on to prove that he was not dead (it's scarier than you think). The Twilight Zone did a great piece on that as well. It's also one of Roger Ebert's biggest fears in life. So the idea is nothing new. But when I heard about a movie called After.Life I got interested again.
The story is of Anna (Christina Ricci). She has a good life, a great boyfriend and everything going for her. But after a small fight with her boyfriend she storms off and drives away. While she is driving she get's in a horrible car accident. She wakes up on a slab in a funeral home, scared and confused. A man named Eliot (Liam Neeson) tells her that she is dead and that he is preparing her body. She thinks that she is still alive and that he is crazy. He says that he can see and communicate with the dead and that it's his job to help guide them to the other side and help them accept death. 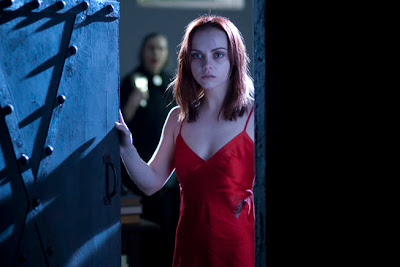 But a young boy sees Anna moving around and goes and tells Paul (Justin Long), her boyfriend, that she is still alive. Paul believes the little boy and decides to try to find a way to get to Anna, who is trapped inside the funeral home with Eliot. So it's up to Paul to figure out what to do, Anna to try and cope with the idea that she's dead and Eliot to lead her to the other side.
It's a good story but it suffers from being in the gray zone too much. Is Anna really dead? If so how did the boy see her? Does the boy have powers? How did Eliot get the powers? Is Eliot crazy? There are so many unanswered questions and the movie never really places itself at one end of the spectrum or another. It teases the idea that she is dead but teases almost as much that she is alive. The movie never states whether she is alive or dead. Now I realize that would work for the Sixth Sense and maybe work to create tension but it becomes tedious at times during the movie and makes the overall feel of the movie frustrating. The one good thing it has going for it when it comes to it's writing is it doesn't depend on jump scares. It uses genuine tension and suspense to make the audience jump. A nice surprise compared to the norm.
Where the movie does WELL though is in the acting department. Justin Long is witty and charming as ever finding almost a niche in these thriller films a la Bruce Campbell. Ricci is actually pretty good and believable as Anna. You really do FEEL for her and care about her character's well being. Neeson is great as always. Calm and soothing voice, an eerie feel about him but also a sense of gentleness and a "Why me" attitude. He works great with the film's tone and makes the film actually fun to watch. 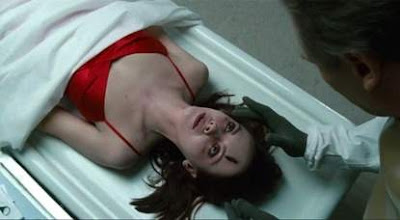 After.Life is a decent thriller that suffers from too much gray. The tension and suspense are good and the acting is great but overall it's a pretty forgettable film. Still worth a rent though.
MY VERDICT: RENT IT
Posted by xTJMac510x at 1:58 PM