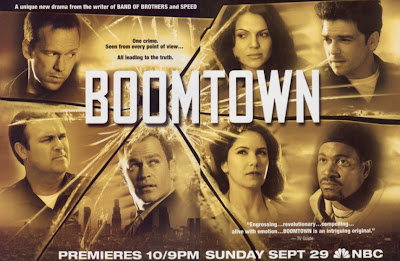 Hello I am the movie encyclopedia and if no one else will see it, I will.
Surprise surprise I am not dead. In an almost uncharacteristic lack of posting from me (not since May 9th) people have wondered if I fell off the face of the Earth. I'm the guy with no life remember? Well sadly between May 9th and May 31st I have been stretched extremely thin. Between college finals, 10 page papers and Powerpoint projects, proms, girlfriends, concerts, working, and finding some time to eat, workout, sleep and see new movies I haven't had much time to actually sit down and write.
But luckily I have a lot of new material popping up including a massive amount of movie reviews, tv show season reviews, FMV/movie-esque video game reviews, an upcoming Live Blog of my favorite reality show America's Got Talent and much much more. In fact I will be trying to get into local film festivals around the area and even cover PAX in September which will be fun for sure. Also expect more from The Demented Encyclopedia, Trailer Talk Thursday and you may see videos in the future.
But for now I gotta get back into the flow. So to start off I decided to take on a month-long meme: The TV meme. In 30 days, which can be any 30 days not just a month, you must cover all 30 fields and answer each daily question. Simon over at Four of Them and Rachel from Rachel's Reel Reviews are the ones who got me interested in this. So thanks guys.
First up-A Show that should never have been cancelled 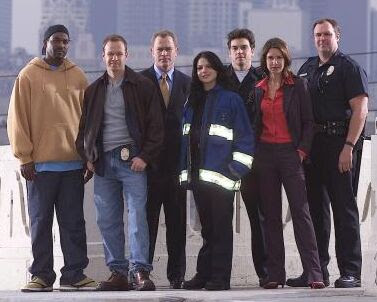 BOOMTOWN
Ah yes Boomtown. Surprisingly I am probably one of the few people who actually remembers this show. In fact I'll probably be one of the few that I know doing this meme who aren't choosing Firefly or Arrested Development. But I've always had a soft spot for Boomtown.
Boomtown is a unique crime procedural show in the vein of Law and Order and Southland. Created by acclaimed writer/director Grahm Yost (famous for Speed, Band of Brothers and the hit show Justified) and starring Donnie Wahlberg, Neal McDonough and Mykelti Williamson, this show takes an approach I haven't seen before on a cop show: multiple perspectives.
What that means is that the show will start with Joel's character (Wahlberg) and show what he's doing/did, then it will flash over to Fearless (Williamson) who does his part of the show and which usually overlaps with other characters and it will go on from there. What's cool is that even the victims and killer all get perspectives and so you get to see the full story from every angle.

Where this show went wrong was in it's placing. Shown on a Sunday, which almost always is certain death for shows like this, and on a network that cares more about pilots and established series than rookie seasoned shows (NBC), this show was doomed from the getgo. There were two definitive nails in the coffin of this show though:
First was the midseason hiatus. NBC decided that they were screwing their own show over and moved it halfway through the season to Fridays. That's fine and dandy but so that they could have it air during sweeps week in May they put the show on hold for a few months, replacing it with Law and Order reruns. So now it was an off and on show that nobody knew was on.
Second was when they decided to bring it back for a second season. NBC was really disappointed in the show and only renewed it because of the fans. So what NBC did was decide to take a hatchet to the show and make lots of cuts. They slashed the budget almost 70%, fired a few of the main characters and cut out the flashback/perspective thing. They wanted it to be more "Law and Order esque (their words)". Fans got pissed and boycotted the show and after 6 episodes the show was aborted.
NBC has been on my hitlist ever since then and my hate only grew deeper when they decided to go for Jay Leno's show and cancel Southland. Luckily it got picked up by TNT but still NBC's devotion to get on their knees for new pilots or established series (Why is the office still on?) has proved it can kill many a good show.
If only TNT would have picked up Boomtown....it's a true television tragedy and if you ever get the chance to watch the first season you will see how great of a show it is. Oh well at least there is Justified.
Posted by xTJMac510x at 11:04 PM