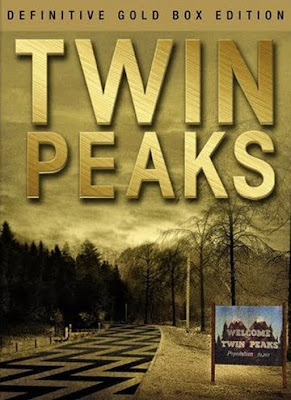 Hello I am the movie encyclopedia and if no one else will see it, I will.
Next up is probably the hardest one for me "Favorite TV show of all time." Now as someone who watches an irrational amount of TV that becomes really hard since I watch so much. On top of that there have been so many great shows that have come and gone in my 19 years on this Earth that it's hard to choose. Than you gotta distinguish between comedy and drama and reality. Then you gotta pick the top one of each and then pick the best. And really...that's hard.
I love many shows for many reasons. 24 for its action, Dexter for its characters, 30 Rock for its humor, Becker because of Ted Danson, X-Files for the paranormal stuff, Northern Exposure since it was shot around here ect ect ect.
But when it came right down to it I had to pick this one... 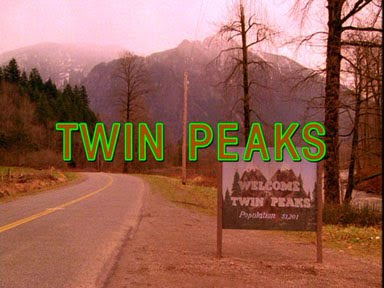 Twin Peaks
Yes this show has been beaten to death with praise by television and film fans around the world. Video games have been love letters to it (Alan Wake and Deadly Premonition), music has been dedicated to it, shows have been based off of it, Twin Peaks was, is and always will be a huge hype machine of a show. 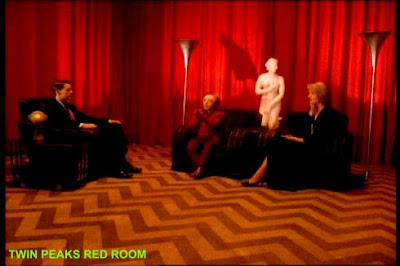 For those of you who DON'T know what Twin Peaks is, it's the brain child of David Lynch (of Blue Velvet and Eraserhead fame) and Mark Frost (of The Greatest Game Ever Played). It takes place in a small town called Twin Peaks which is located, and was shot, in the Pacific Northwest aka Washington State. A woman named Laura Palmer was murdered and wrapped in plastic. Laura was loved by many and was the town homecoming queen. The sheriff Harry S Truman and his deputies are frantically trying to figure out who murdered her, since the town isn't known for killing. 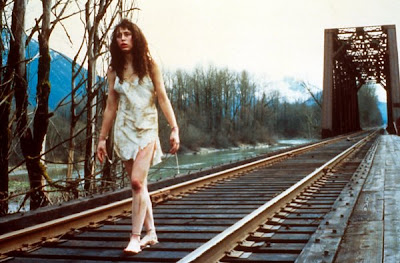 Meanwhile Ronette (pictured above) is found walking across the state line. Because of her condition and her connection to the first murder they bring in FBI Special Agent Dale Cooper. Now it's up to Cooper, Truman and everyone else to figure out what happened to Ronette, who murdered Laura and find the killer.
It's a truly creepy, well written, well acted, well directed show that could have gone on much longer had it not been for low ratings. The biggest disappointment however was that the shows finale was left with a huge cliffhanger that was never solved. 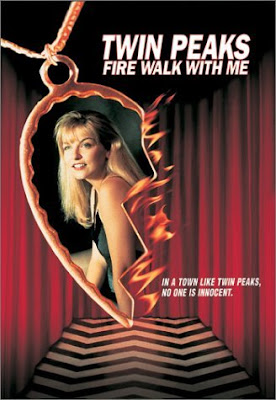 A year later Lynch releases THIS movie, which works as a prequel to the story, as in what happens to Laura and the events that lead up to her murder, as well as working as a coda to the entire series giving some closure to fans.
Overall Twin Peaks is an amazing, innovative show and even though it was 20 years ago, it's still relevant and amazing to this day.
Posted by xTJMac510x at 2:35 PM