You tend to look at us as if the same sort of rules that apply to the outside apply here..they don't...they simply don't. 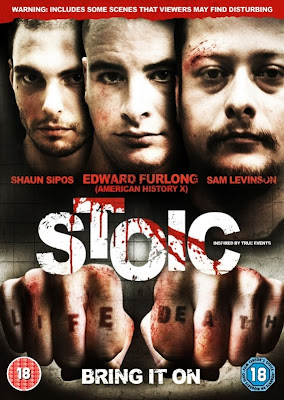 Hello I am the movie encyclopedia and if no one else will see it, I will.
This is brilliant. I won't BS you with a long intro paragraph and instead just tell you that this is brilliant. I actually feel like I watched an award winning picture, something that the Academy might think about looking at and nominating. But of course because of the subject matter and the director it will get ignored. But it shouldn't. Along with Rampage and Tunnel Rats, this is Uwe Boll at his best. 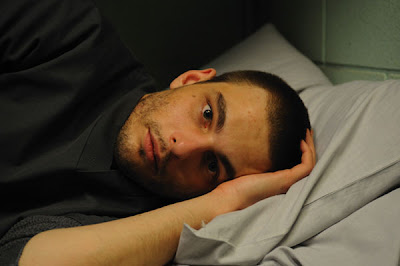 The film is based on real events that happened in a German prison. Unlike Seed or any of his other "real events" stories this one actually did happen. This was Uwe Boll making a statement about the mistreatment of prisoners and what happens as a result of their being locked up for hours on end. It shows that after being locked up to long, the mind goes to dark, primal places. It's a true character study as well as an eye opening look at prisons.
What happens is four prisoners are locked in a tiny cell. They think their s**t don't stink and that they are the most badass things in the world. Because of the space though they don't really have a lot of room to do much. So what do they do? Play poker and share stories of the past. Things seem to be going normally until one poker game turns ugly and things get out of hand. Mitch, the youngest, smallest and probably weakest of the four loses a bet while playing poker and is forced to eat toothpaste. That would seem like a normal, juvenile bet but Mitch refuses. Bravado, insanity, and their incessant need to be top dog and the most respected turns the other three into monsters as they brutalize Mitch.
Needless to say things don't go well and turn graphic quickly. Interlaced throughout the film is interview segments. These try to add realism to the film by having the other three explain what happened and their motives behind what they did. It adds another layer of tension and really adds to their characters, making you hate them more or helping you understand them. What makes this whole thing better is like Rampage and Tunnel Rats, this is an improved film. The basic outline is given and basically the rest is just them doing their thing. It's great and it's believable. 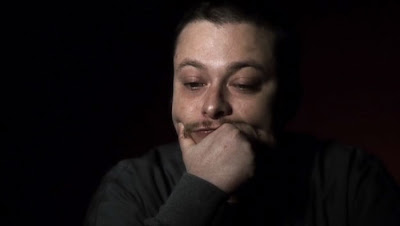 The acting is what sells me on this film. Edward Furlong, who plays Harry, one of the three, is brilliant. You can see he is really cracking under the seams but you can also see he is justifying everything he is saying in some sort of Hannibal Lector mad genius. Sam Levinson and Steffan Mennekes are great as well, proving to be both disturbing and eye opening as well as deep characters. But probably one of the best performances besides Furlong has to be Shaun Sipos who plays Mitch. He is so vulnerable, so drained and he looks so innocent that when you see these things happening you really feel for him. It almost drives you to tears. His inner struggle is brilliant and seeing what happens to him in this survival of the fittest dog and pony bravado show is great.
This is not an easy film to watch. It's violent, dark and disturbing. But the acting is brilliant and the message is truly eye opening. It's a great film and don't let the director of this film keep you away from this...it's awesome.
MY VERDICT: OWN IT
Posted by xTJMac510x at 1:39 AM

Email ThisBlogThis!Share to TwitterShare to FacebookShare to Pinterest
Labels: drama, Own it, Uwe Boll