ewton, life is like a p***s. When it's hard you get screwed. When it's soft you can't beat it. 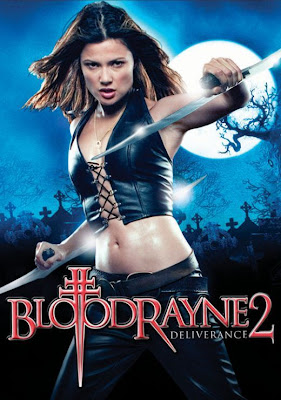 Hello I am the movie encyclopedia and if no one else will see it, I will.
Now this is how you make a good bad movie. What do I mean? This is a horrible movie but it's so funny that it becomes a guilty pleasure. I mean the one liners are so stupid their awesome, the unintentionally funny but still funny lines are hilarious, the acting is atrociously bad its funny and the plot...well actually unlike the first film it has a plot...and a plot I can follow...another thing I couldn't say for the original. 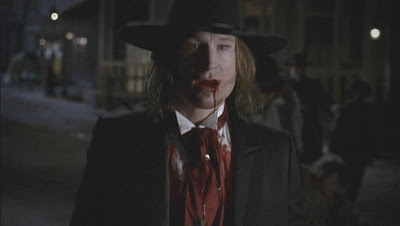 The premise is that Billy the Kid is now a leader of a vampire gang. They are evil and bloodthirsty and enjoy killing anybody that gets in their past. Rayne, now played a totally different actress, comes to town to visit her friends. What she's been doing since the first movie and how she got to this town are unknown but she is now in the town and she wants to see her friends. Well her friends were killed by Billy and his gang and their kids were kidnapped. Why they weren't just killed? Who cares. Anyway Rayne tries to take them on but gets the crap beat out of her. So she teams up Pat, Preacher and Franson, three unlikable people with bad one liners and decides to take on Billy again.
The writing and plot holes and dialogue are horrid but it's pretty hilarious if you look at is as a comedy. I mean look at the quote...that's funny. And the acting is just as funny. The new girl Natassia Malthe is worse than Lokken but she is pretty funny to watch. Michael Pare', an Uwe regular is laughably bad and Zack Ward as Billy the Kid is a total failure of a villain. But he's so bad it's funny. The action is actually pretty decent but the stuntwork and effects are laughably bad and cheap. The biting continuity is all over the place as well...which is even funnier. 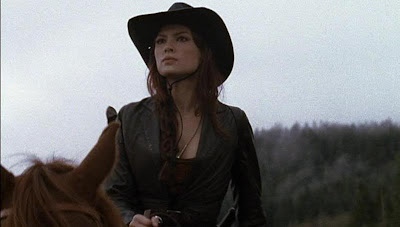 Look this is not a good film but it's 10x better than the first one. It's also better than Seed, Alone in the Dark and House of the Dead. It's so bad in every aspect of filmmaking it's funny. I mean Wild West Vampires? That should tell you something. But it IS genuinely funny not awkwardly funny and I enjoyed it.
It's Uwe Boll's The Room...so bad it's funny.
MY VERDICT: AVOID IT
Posted by xTJMac510x at 7:43 PM