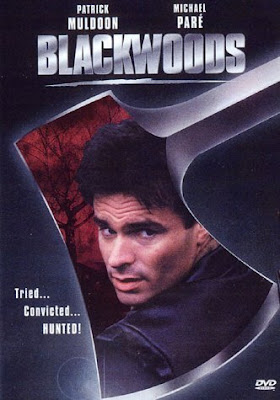 Hello I am the movie encyclopedia and if no one else will see it, I will.
Welcome to the first edition of Uwe Boll week where I review all of his films, two at a time, for six days leading up to our big Uwe Boll themed episode of The Demented Encyclopedia on Saturday. Nick will be doing a week of Boll as well so be sure to check that out. I decided to go in order starting with his first film...or should I say his first AMERICAN film. Before coming to America, Uwe Boll had made 4 movies in Germany and one English speaking TV film (whilst in Germany). But when he got here he was handed a script by Robert Dean Klein, made some adjustments to it and set off to direct his first film, a low budget horror film called Blackwoods. 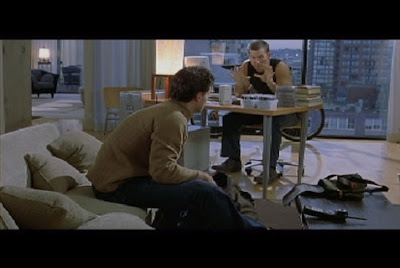 Blackwoods is the story of Matt Sullivan. Matt is a writer who specializes in promotional films and he just met a girl named Dawn. They decide to go out and after they've been dating for a while, Matt decides to go on vacation with her to Blackwoods. Things SEEM okay until Matt gets stopped by the sheriff. First Dawn acts weird around the sheriff almost as if she's hiding from him. Then they get weird looks from the town people at the local diner. And then finally they meet a really weird motel clerk who gives them a room...that plays nonstop porn. Basically it's like small town Deliverance. Trying to make the best of things, Matt and Dawn have sex. After sex Dawn goes for a walk. While on her walk, Matt gets attacked by a man with an ax. He escapes and goes looking for Dawn. Needless to say things don't go too well. 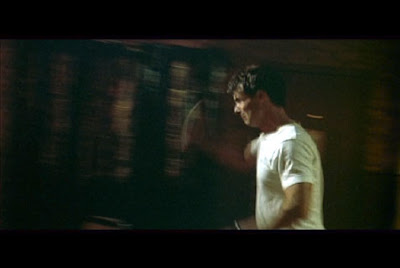 Up until the halfway point this film feels like your run of the mill horror film. The setting, the characters, even the dialogue seems run of the mill. But after the ax guy this film takes a turn for the better turning into an intense psychological thriller that's like a mix between House of 1000 Corpses, Deliverance and Texas Chainsaw Massacre. The action is intense, it messes with your head, the twists are good and overall I was left satisfied. The acting is good overall and Matt especially does a good job.
It IS a low budget film and it definitely shows, and it hasn't aged well the past 8 years but for what it is, Blackwoods is a good thriller with good writing and good acting. A good start to the American career of Uwe Boll. If you can find it, check it out...it's worth a watch.
MY VERDICT: SEE IT
Posted by xTJMac510x at 6:21 AM