I didn't say anything about being simple. 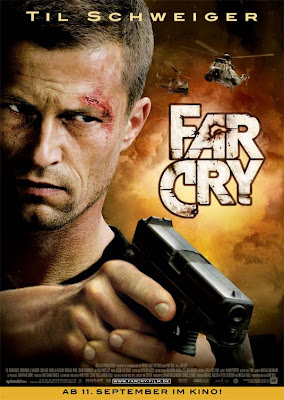 Hello I am the movie encyclopedia and if no one else will see it, I will.
The Far Cry game series has never been a popular one, or at least in my opinion. All the games (to my knowledge) have received sub-par reviews claiming shoddy controls, repetitive enemies, idiotic A.I and an enormous sandbox area with nothing to do. I have played the first one and let me just say I agree with them. I'm not much of an FPS gamer (more like JRPG) so it was already knocked down a peg, but the controls on the first one, as well as the crap AI made it hard to enjoy. The story was typical adventure story flair but it kept the game moving so I enjoyed it. Not every game can be Monkey Island or Heavy Rain. But otherwise a sub-par game.
So then why make a movie out of it? Well before the first game was released, the film rights were bought by Uwe Boll. Why? I'm honestly not sure but I think he saw promise with the game. Either way he bought the rights and started developing the film. He hired Til Schweiger to play the hero Jack Carver. Why? Still not sure since Jack was a US marine with brown hair and brown eyes and an American accent and Til is German with blonde hair and grey (they may be brown) eyes. He then padded in all the regulars from his film and was off. 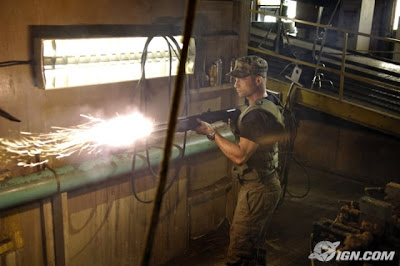 The story follows Jack Carver, an ex military man who now runs whale watching tours for annoying as all hell tourists. Well he gets hired by Valerie, a reporter, to take her to an island where her uncle is. Well since action films are never easy we learn that said island is run by a madman bent on creating super soldiers to take over the world. Well basically s**t happens with explosions, fight scenes, and unnecessary comic relief to lighten the tension and then the movie is over.
I probably should have hated this movie. The writing is pretty poor for the most part but I just attributed that to it being an action film with a guy who can't speak English worth a damn. I also should have hated the shootouts but it's Uwe Boll so that means they are going to be handheld, filmed with fast cuts and in the dark. I also should have hated the comedy bits (the whale tourists/Parker/one liners) but it was on par with Postal's chuckle worthy humor if you watched it in the right mind set. And I should have hated the acting but Til was Hugo Stiglitz so I can't hate too much. It's on par with other Boll films. 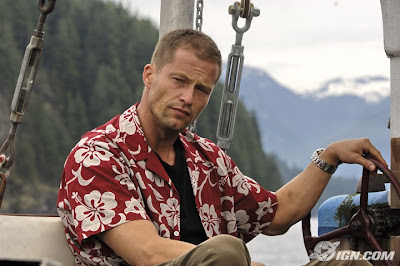 My biggest problem was three things: the pacing, the ending and the soldiers. The pacing seemed really off with ACTION SCENE...boring...boring...still boring...ACTION SCENE. In the game it's pretty much nonstop idiots for the whole game, not pointless talking. The ending is typical Hollywood action but the "Hey we are an R rated action film that has been totally fine showing deaths and gore throughout this whole movie in yet for the last 10 minutes we will turn into a PG-13 action film where almost all the non stomach head shots are off screen, especially the one person we all as the audience wanted to see with our own eyes get his head blown off." See this film and you will know what I mean. As for the soldiers only one thing bothered me and it was a small thing. If there skin was bulletproof and could bounce off anything...how are they getting penetrated with needles? That's kind of stupid...
It's typical action film, it's typical Uwe Boll, so at this point you like it or don't. See it if you do, skip it if you don't.
MY VERDICT: RENT IT
Posted by xTJMac510x at 7:43 PM