None of that s**t matter, where you been, where your from. Right now...your in Vietnam 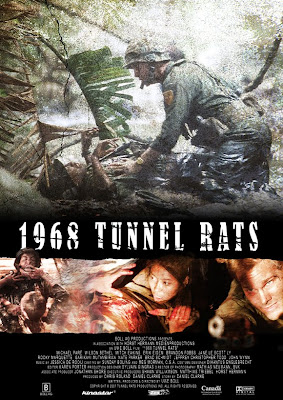 Hello I am the movie encyclopedia and if no one else will see it, I will.
War is hell. War is a drug. War is life. War is horror. We've heard all sorts of depictions of war from all the different eras. We have seen Revolutionary War films, Indian War, Civil War, World War 1 and 2 films, Vietnam, Korea, Gulf and Iraqi war films. We have even seen films about wars yet to come. The problem, however, is that because there are so many war films from so many great eras, that low budget films by a notorious director seem to go unappreciated. Well that's why I'm here I guess.
1968: Tunnel Rats is one of the new "realism" films from Uwe Boll (that includes Darfur, Rampage and a bunch of his future films), the notorious modern day Ed Wood. While I feel no ill will towards Boll, I know a lot of people do and the mentioning of his name is like a painful shot to the stomach. Well I say ignore the name and watch this film for what it is because trust me, you'll be in for a surprise. 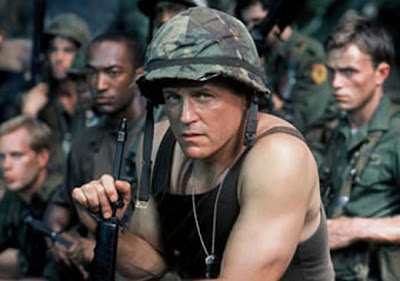 Tunnel Rats follows a group of soldiers in Vietnam who are sent to clear out the tunnels surrounding their camp. Their assignment is to destroy the tunnels, disarm the traps and kill anybody or anything near the camp. That's really it. There isn't a deep political message or anything, it's just a mission and what happens. That might piss some people off but while on paper it seems thin, it's not. These soldiers aren't faces. They are people you learn to love and care about and feel emotionally attached to. Some are young, some are old, some are black, some are white, some are innocent and some have seen a lot in their lives. Some are gun ho and brash and some are more quiet and reserved. Uwe Boll made the smart decision of letting the characters improv and say whatever comes to their mind. This makes the characters real and the story much deeper. It takes time for it to get going but about 45 minutes in the action really picks up.
This film IS low budget and you can tell, but not in a bad way. Boll wanted to make a simple film, told simply and with no need for flashy special effects. This film never claims to be Platoon or Apocalypse Now or The Deer Hunter. This is almost a character study, mixed with horror elements involving the horror of war. The characters and all the people involved make note of that and it's really something. Probably another great thing is that not everything is happy. This is not meant to be a happy film with happy American characters. This is a gritty look into the world of war. Granted there are some anachronisms and some errors, but give Boll a break...would YOU pay him if you were a Hollywood executive? He worked with what he had. The actors are quite good although it is apparent some have had more training than others but you really do care about all of them. 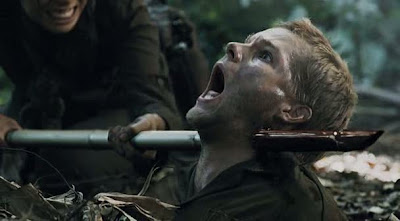 Tunnel Rats is not a masterpiece and not a revolutionary war film. There is no underlying message and no deeper meaning. The actors have no script and some have very little experience. It's low budget, grainy and has problems with pacing. But it is a film with a lot of heart, a lot of time invested into the characters, a lot of action and suspense and even some unintentional jumps, and it provides a simple look at how the Vietnam War and war itself is violent and that not everything is sunshine and roses. While not as good as Rampage, Tunnel Rats is definitely another step in the right direction for Uwe Boll.
MY VERDICT: SEE IT
Posted by xTJMac510x at 10:03 PM