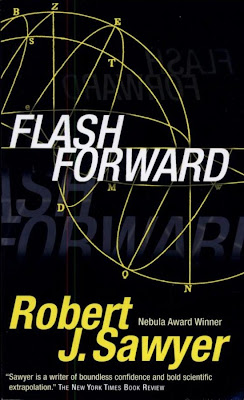 Hello I am the movie encyclopedia and if no one else will see it, I will.
Today is definitely a hard one for me to do, not because of too many choices but because it makes me sad when I reminisce about a show I wanted to love and was so hyped up for only to be let down. There have been a few in the past (cough Lost cough) but really one of my biggest disappointments has got to be ABC's now cancelled Flashforward.
Flashforward began as a novel by esteemed science fiction novelist and Nebula Award Winner Robert J Sawyer. It follows a particle physicist Lloyd, his best friend and partner Theo and his wife and daughter. His wife is also a researcher as well. One day however everybody in the world loses consciousness for about two minutes and everyone sees their future (usually around 21 years later) Everybody wakes up and the first half of the book is the aftermath and people coming to terms with their flashforwards. A lot of people are dead due to people blacking out and people who were depressed by their flashforwards commit suicide. Theo's brother Dimitrios is one of those. And then the middle part is mostly a murder mystery with the last half being preventing it from happening again and a lot of quantum theory mumbo jumbo. It's a brilliant book and worth the read. 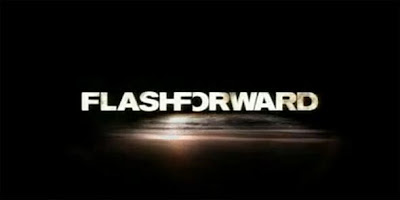 Ten years after the book's release I heard the news that they were going to make a TV show that would air on HBO. It was written by David S Goyer and Brannon Braga and would loosely follow the book but keep the spirit of it alive. As an avid book and gamer fan I know that changes always happen and sometimes they are for the better. Well HBO decided it would be better to be broadcast on a network and soon ABC picked it up for a 13 episode season. Needless to say the first trailer I saw for this had me hooked and I was pretty sure this would become one of my favorite shows and a good replacement for Lost. Well after the first episode I thought I was right. 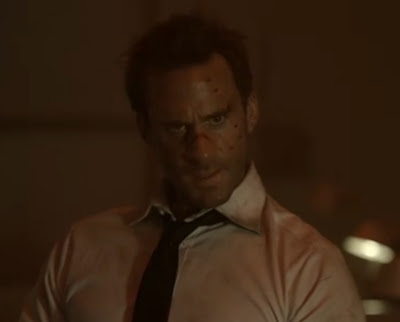 The plot follows Mark and Demetri, two FBI agents. Mark has a good family but a history of drinking and Demetri seemingly has a pretty good life. On October 6, 2009 the world blacks out for two minutes and 17 seconds. Everyone experiences their flashforward but instead on numerous years it is 6 months. Some are mundane and some are pretty extreme. Mark and Demetri wake up at a crash site and try to figure out what the hell just happened. In fact that's about what everyone does. They set up a site for people to post their flashforwards and the FBI tries to figure out who is behind it and stop the bad things from happening. 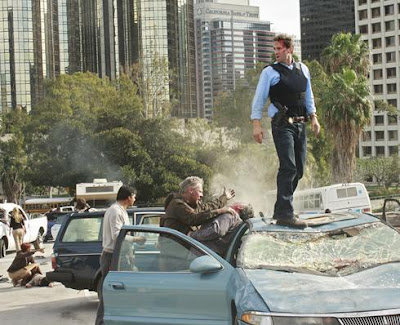 Well the show plummets from there and my frustration and anger level, mixed with my confusion just got worse and worse as the show went on. For the next NINE EPISODES nothing happens. Well...things happen but they either contradict themselves, don't matter, are complete padding or are just excuses to spice things up. It's not until the two part Revelation Zero episode does the show have a glimmer of hope. Episodes 11-14 are pretty awesome not only in story but in action and intensity as well. But because life is unfair, the next three episodes are bunk and don't matter with little to nothing happening. But in episode 18 until the end the show picks up and the finale is amazing. 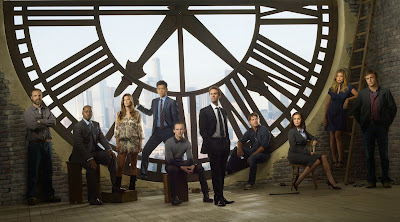 I think what disappointed me the most was the amount of filler and nothingness in the series. 12 out of the 22 episodes were pointless or lacked in point. And the ones that were good were bogged down by the bad episodes with the best ones being the last episodes. And by then there was so much inconsistency and issues that when *SPOILER Mark dies I didn't really care. *END SPOILER* It was really sad. And I sat through this whole series with an open mind. But for some reason I just did not like it. A shame if you think about it. Oh well...maybe I'll buy the series DVD and give it another look and might actually like it. But for right now...no
Posted by xTJMac510x at 12:16 AM