The Hamptons are like a zombie movie directed by Ralph Lauren. 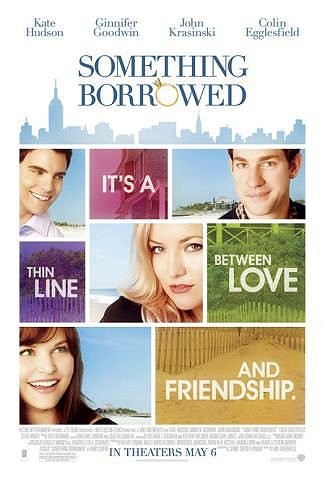 Because I am a man who hangs out a lot with his mother, has plenty of female friends and is somewhat of a masochist, I tend to see almost every romantic comedy that comes out every year. Usually they are abysmal to tolerable in quality and, besides a few exceptions, tend to all be cut and paste from the same romantic comedy Madlib. And at each movie there is at least three previews of more romantic comedies coming later that year, all of which start to blend after a while. But like the good son, friend and masochist I am I see them and then review them for you. Otherwise I don't live up to my mantra.

I'm going to be honest with you when I say that Something Borrowed was at the very bottom of my list of films I wanted to see when it first came out. I like Ginnifer Goodwin and John Krasinski well enough and Kate Hudson can be tolerable in small doses, but from the previews alone it looked like the same love triangle (possible square) that we've seen a hundred times before. But because my friend I went and saw this with refused to see Thor that evening, I begrudgingly bought tickets for Something Borrowed and prayed it would be decent. And oddly enough, it wasn't half bad. It's about as typical as you get in terms of romantic comedies but there is some charm about it that kept me from hating it. 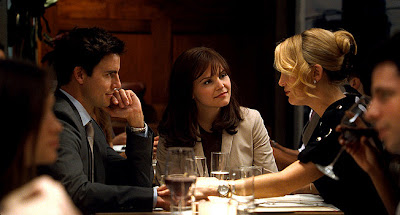 The story follows four friends Rachel (Goodwin), Ethan (Krasinski), Darcy (Hudson) and Dex (Egglesfield). Rachel is a shy but sweet girl who has been friends with loud and flirty Darcy since they were little kids. Ethan, the sort of sarcastic voice of reason among the group has been friends with Rachel and Darcy almost as long as they have but no romantic feelings (or at least any that Ethan will admit) have emerged between the three of them. Rachel meets Dex while attending law school and during a casual date, Darcy meets Dex and starts a relationship with him, despite Rachel obviously having feelings for him and, as of the beginning of the film, are engaged.

At Rachel's 30th birthday party, Darcy has a little bit too much to drink and takes a taxi back to her and Dex's place. Dex and Rachel stay back (Ethan left around the same time as Darcy) and eventually take a taxi together. While in the taxi Rachel confesses to falling for Dex in law school and next thing you know they wake up in Rachel's apartment together. With the wedding approaching quickly, what are Dex and Rachel to do? Do they tell Darcy at the risk of losing her or hide it and try to make it work? 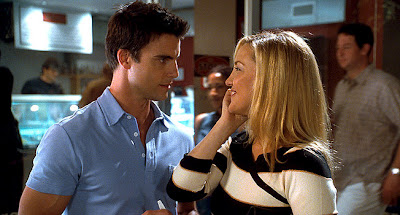 The story is your typical "Love triangle relationship/affair" story but there's something oddly charming about it. You can predict everything that happens in the movie at least twenty minutes before it actually happens but there is enough legitimate humor, interesting development and solid acting that you can mostly overlook it's predictability. It certainly doesn't add anything to the genre and has no real reason to exist, but for 112 minutes (trust me it sounds long but some romantic comedies are much longer, or at least feel longer) I was entertained. Even if you hated this film, the pacing of the film is brisk and never feels boring. I can only think of one scene that needed to be shorter. The acting is actually quite solid for the most part. It's not great or memorable by any means, but it certainly gets the job done and the main leads are all charming and funny enough that you can relate and feel for them. Out of the leads though, Goodwin and Krasinski are probably the best. 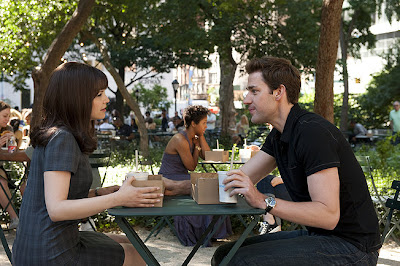 Something Borrowed is another production line romantic comedy that we've seen a dozen times before but it's funny, charming and genuinely interesting for the most part. If you or your significant other want to rent a simple, feel good romantic comedy, you can do a lot worse than Something Borrowed.
MY VERDICT: RENT IT
Posted by xTJMac510x at 6:15 PM