By Guest Writer Joanne Lewis-
Every year, dozens of TV shows are cancelled, most of them prematurely and to the chagrin of their viewers. The reason is usually down to money and ratings; scripted TV shows are more expensive to produce than reality TV or light entertainment shows, and are often watched by fewer people.
However, other factors like poor advertising of a show, drifting timeslots, or episodes aired out of order and put up against popular shows on other networks can also greatly contribute to a show’s lack of viewers. Curling up on your sofa bed and enjoying your favourite programme just isn't as effective at 4pm as it is after a hard day's work and many shows end up cancelled without having been given a fair chance, leaving what audience they gathered feeling cheated and longing for more, knowing they will never be granted it.

Firefly
Many obscure shows often leave behind a devoted fan base upon cancellation, and few were more vehement in their outrage than the legion of Browncoats, the small but loyal fan base of Firefly. It helped that the showrunner was Joss Whedon, a self proclaimed geek who had previously built himself an army of devotees with Buffy the Vampire Slayer and Angel.
A seamless fusion of science fiction and western, Firefly had cattle ranches and saloons alongside hologrammatic communication and spaceships. Its technology, while futuristic, was still fallible and frequently broke down. Its characters were deep, flawed, and relatable, and instead of the typical paragons of society often seen in sci-fi, they were principally thieves and smugglers.
However, you should bear in mind that if it had survived longer, it’s possible that Dollhouse would not have come about and likely that Joss Whedon would not now be directing The Avengers. 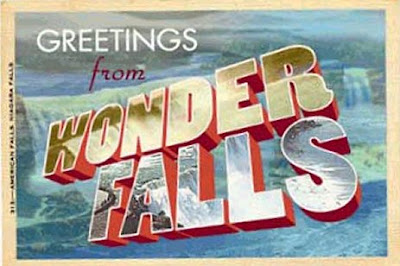 Wonderfalls
Wonderfalls was a show about a twentysomething slacker named Jaye with no ambition to pursue a career of any sort, content to drift by in a dead-end retail job in a Niagara Falls gift shop. One day, without warning, inanimate objects in the form of animals begin talking to her, giving her cryptic commands to perform and not shutting up until she relents. Although the simple actions ended up helping people around her, their contrary nature caused Jaye to begin questioning her own sanity, along with everybody else.
Although no explanation was given as to why the animals started talking, how they knew what advice to give, or what they eventually hoped to achieve, the series would likely have developed in such a direction had it been allowed to continue beyond four episodes indiscriminately shuffled around in the schedule. 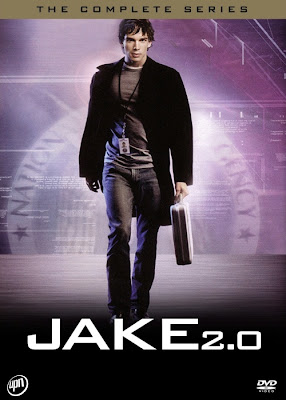 Jake 2.0
It’s possibly a little pretentious to describe a show as being ahead of its time, but in the case of Jake 2.0, you could make an attempt to argue the point.
It starred Christopher Gorham (Ugly Betty’s Henry) as a young geek who becomes mentally upgraded when the spoils of a secret government project are stolen and he ends up on the receiving end of them, subsequently being assigned an agency team of a gruff veteran, a hot girl and an authoritative older woman to monitor him as an experimental project to see how his abilities develop and ascertain if the recreation of the project is a possibility.
That may well sound quite familiar, but NBC’s Chuck came along some time later. Jake 2.0 was made back in 2003, a time when the world was less accepting of the concept of geeks as protagonists and even heroes. Thanks largely to the concurrent ascension of Judd Apatow and Seth Rogen, the idea has become firmly rooted in the popular consciousness and is now a standard set up. It‘s just a shame that the transition came too late for Jake. 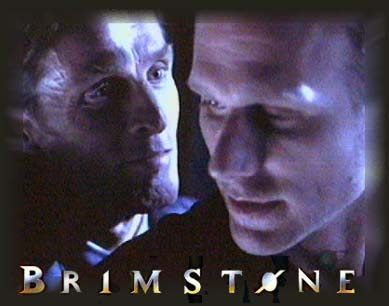 Brimstone
When the phrase “Devil’s bounty hunter” is uttered, most people – if they think anything – will likely think of Ghost Rider. However, Brimstone is a world away from the histrionics of a leather-clad biker with a flaming skull.
The superbly monikered Ezekiel Stone was a police officer sent to hell for murdering his wife’s rapist, then offered a second chance at life by the Devil when a mass breakout from the underworld occurred and 113 souls escaped. Tasked to track them down – usually by a resurgence of the crimes that damned them – if Stone managed to send them all back, he would be free to live again.
Brimstone was notable for its supremely dark tone, but set apart by the intermittent verbal sparring between Stone and the Devil, each doing their best to one-up the other. While neither may have liked the situation that much, each was dependant on the other. 13 episodes were made, 12 souls were returned and a greater underlying mystery involving a rising antagonist was hinted at right before the plug was pulled. 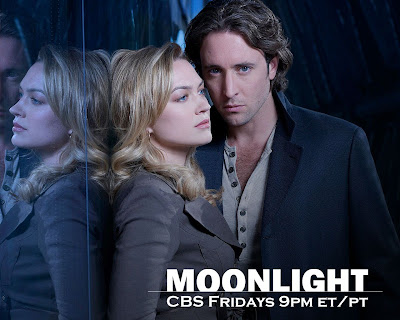 Moonlight
Here is proof that just because something involves vampires, it does not necessary follow that it will become a great success story. Moonlight arrived shortly before the dual phenomenons of True Blood and Twilight induced stratospheric popularity for the bloodsucking undead, and did not resonate as powerfully with the viewing public. Additionally, its premise of vampire looking to attain redemption for past sins by working as a private detective might have edged too closely to the ground covered in previous shows like Angel, Blood Ties and Forever Knight.
Regardless, it was a fun and undemanding series that slightly twisted traditional vampire mythology in a way to streamline its relative logic, but not so much as to make it appear self-consciously defiant.
It aired twelve episodes before going on a three month hiatus in early 2008 as a victim of the Writers’ Strike, before returning with four episodes due to viewer demand. Sadly, this brief resurgence was not enough to save it and it was cancelled soon after.
Posted by xTJMac510x at 9:06 AM