When your time comes to die, be not like those whose hearts are filled with fear of death, so that when their time comes they weep and pray for a little more time to live their lives over again in a different way. Sing your death song, and die like a hero going home. 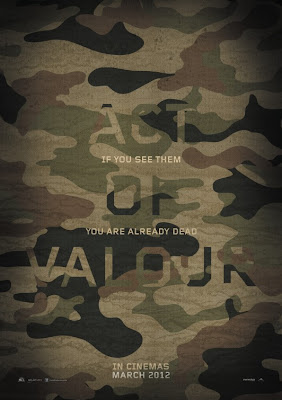 I'm going to level with you: I have spent the past hour or so sitting in front of this computer trying to type out an intro paragraph for my review of Act of Valor. I've tried numerous stories about my family's history with the military or the delicacies of expressing an opinion on a topic that could possibly alienate your audience but nothing seemed to work. Eventually I put my fingers on the keyboard and I just froze. I couldn't find the right words to say. No matter what combination I used, I just couldn't create a suitable introduction. Then it hit me. You want to know the reason I'm struggling to find the right words to say?

Act of Valor is not a good movie.

It's not like I expected a lot. The jingoistic, near propaganda levels of overly enthusiastic patriotism that seem to bother a lot of critics was always going to be evident. Honestly though that doesn't bother me. I'm proud to be an American and I respect each and every member of the military that risk their lives so that we're safe. Whether or not you believe in war doesn't matter, they're still out there protecting your right to believe whatever you want to believe. Sometimes it's nice to be reminded of all the hard work that they do and that is one of the ways this film excels. That said, it fails in so many other ways it's really hard to recommend it.

The story follows a group of Navy SEALs who are trying to stop terrorists from blowing up America (or at least heavily populated areas of America) with a special kind of suicide bomb vest that can't be detected by normal metal detectors. While they are trying to stop that, they also must rescue a CIA agent who has been kidnapped by the ringleader of the aforementioned terrorists.

That's basically the plot in a nutshell. There are some intricacies to it, mostly between the two main SEALs that this film focuses on, but really it doesn't get much deeper than what I have already mentioned. For a reference, it's about as deep as a Call of Duty game. Sadly, for anyone who has played these games, they know that the stories in them are quite thin. There is enough substance to justify going into battle and doing what they do best, but don't expect any hard hitting, thought provoking writing in the down time between battles. If you don't care about that then this is the perfect movie for you, but for me I like a little more substance than just a means to an end. In fact I dozed off a few times during the quiet scenes. Never actually fell asleep, because that would be disrespectful to a movie, but I came close on a number of occasions.

The acting is surprisingly bad and it's actually not from the SEALs themselves. In fact, the SEALs do their damnedest and few of them did quite well with the material they were given, weak as it may be. It's the acting of Alex Veadov, Roselyn Sanchez and Nestor Serrano, the three professional actors that are featured in this movie, that really drag this film down. Veadov and Serrano are not convincing villains at all and honestly feel like glorified henchmen. Neither man gives off the right energy and even when they are blowing up innocents or doing terrible things it seems really tame because of they're presence. One of the most "shocking" scenes in the movie features Serrano doing something terrible that in any other film would cause an audible gasp or at least a "I really want him to die" attitude in the viewer. I couldn't care less and that's tragic. Roselyn gives a slightly better performance but she isn't given a ton to do so it's really hard to gauge her.

Where this film shines, and honestly the only reason to see this movie if you MUST see this movie, is in the action. Tight, well shot, gripping and intense were words that came to my mind when I was watching these scenes. They can be quietly powerful and explosively hectic within the span of a few minutes. IF you must see this film, see it for the action because that ALMOST makes it worth the price of admission.

Overall Act of Valor is a poorly written, poorly acted film with great action. If action is all you want then by all means see it, but me I'd rather spend my money on something with a little more substance.