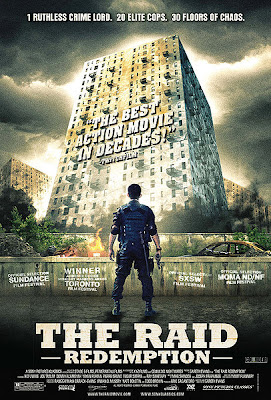 Martial arts films seem to come fewer and fewer as the years go on. Gone are the days of Jackie Chan, Jet Li and Bruce Lee whupping people into next week and instead nowadays the closest thing we have is Jayden Smith in the Karate Kid remake. Sure we still get the occasional imported martial arts film over here, but most of those either go straight to video or aren't worth watching anyway. I was starting to give up hope in the genre but then a small Indonesian film by the name of The Raid caught my eye. It was being heralded at all the film festivals it was showing at and people were saying it was the second coming of martial arts films. More so it was being compared to (some even said it was better than) John Woo's classic film Hard Boiled and as an avid Woo fan I was even more excited to see if it lived up to the hype. Well after watching The Raid I can tell you that the film not only lives up to the hype but far exceeds my expectations.

In fact I'd go so far as to say it's one of the best action movies ever. 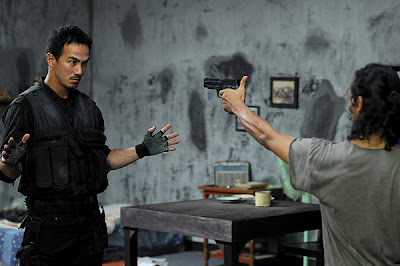 The film follows Rama, a rookie cop who is assigned alongside a group of highly trained SWAT to take down a ruthless drug lord named Tama. Tama is holed up in a derelict apartment building and has surrounded himself with the worst possible (and considering how many probably the cheapest) criminals, thieves and other ne'er-do-wells to make sure that he is safe from anybody trying to take him down. Rama and the team sneak in undetected but their cover is soon blown and now have to fight their way out, or die trying. There's also a subplot involving Rama searching for his brother but really the story is just a means to an end. That's not to say the story is bad, it does it's job well and frames everything nicely, but don't expect an Academy Award winning screenplay out of this film anytime soon.

The real story lies in the many, many, well choreographed fight scenes that make up the bulk of the film. Each fight feels unique, well thought out and never left me feeling fatigued. A lot of times in a film like this there can be SO much action that it starts to become mundane and leave you wanting more. Not in this movie. Just when you think you have the rhythm of the fight down it throws you a hook and changes things up. The cinematography, sound mixing and editing enhance the experience, making each fight feel visceral, gritty and intense. Think Saving Private Ryan's beach scene but with cops and kung fu and you have the majority of the movie. I hate using this term but it really is edge of your seat exciting. 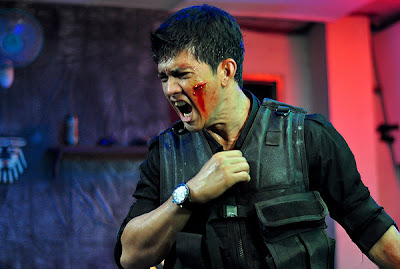 The acting is hard for me to really judge. There's no real bad apple in the bunch, everyone delivers their lines well and makes you believe or care about their character, but the film is 90% action so there isn't really a whole lot to go on in terms of technique or acting abilities. They're good but where they shine is in their fighting. The training for this film must have been crazy because everyone fights SO crisply and cleanly that everything begins to flow after a while. It ebbs and flows effortlessly and everyone gets a moment to shine in the film, even if they get offed shortly afterwards. I will say though that Iko Uwais is a very convincing hero and it's really easy to root for him. Same goes for Ray Sahetapy, who plays Tama. You really get the feeling Tama is the pure incarnation of evil. There's no sugarcoating with his role.

Before I get to the overall I will say that Mike Shinoda (of Linkin Park) and Joseph Trapanese do an incredible job with the soundtrack. Just thought I'd throw that out there.

Overall if you love action films you should watch this film, plain and simple. It's gritty, fun, exciting, entertaining, well choreographed, intense and all sorts of other compliments I could probably take days writing out. It's not the deepest film ever but if you are going into this film for its story, then you probably aren't its target audience. Worth your time and money for sure.