John Carter. Not the ER spin-off I was looking for. 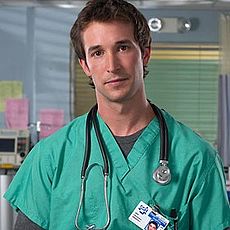 John Carter is less the next Avatar and more the next Prince Of Persia. Disney’s third attempt at making a new live action franchise post Pirates Of the Caribbean, the others being Prince of Persia and the Tron reboot-sequel Tron Legacy. Those two also didn’t fare too well, critically or financially. John Carter is a film that cannot exist in a post-Avatar world, at least not this soon. It doesn’t matter if it’s based on a book that inspired Avatar and came out 100 years ago. In fact, this is the second adaptation of A Princess Of Mars in just over two years. Asylum’s mock buster tie in for Avatar just so happened to be a micro budget version of A Princess of Mars. There’s a point where one should consider the fact that the movie they are making was already used as direct to video mock buster. But I don’t think Disney did that. John Carter was already in pre-production when Avatar came out and before Prince Of Persia and Tron: Legacy were released. Disney had three $200 million + live action, let’s be the next big franchise movies in production at the same time. I don’t think that’s a good business model, but then again, that’s just me. The problem is Disney is not consider with making movies with those films, but making franchises and that’s why they fail. Hopefully, with it looking like John Carter not doing so well with only $9.8 million on Friday, Disney will take some time off from attempting $200 million plus franchise starters. Oh look, The Lone Ranger is already in production. But at least the Lone Ranger has Johnny Depp and Gore Verbinski, so there’s a chance of maybe it being the next big Disney franchise. 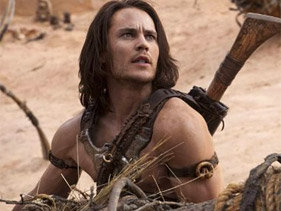 John Carter’s story is not that special. It doesn’t matter if the book is 100 years old. That’s a book and this is a movie. Who cares about pissing off fans of the book series and changing shit? You’re gonna have to when 90% of the plot points have both been seen and seen better many times before in film. This is a film with the dual villains. The two villains that are kind of equal but when of them is sort of in charge of the other but the other has all the real power while the other has the magical power. Something like that. Mark Strong, playing the villain for the three time too many times, plays a Thurn, trying to control Dominic West, who has also played a villain several times before, and try to get West to fuck up Mars. Why? Well according to Strong in the film when he’s monologing to John  Carter, it’s because he’s immortal, but it turns out he’s not immortal, so why is he trying to destroy Mars? Because essentially there’s nothing better to do. Mark Strong is just a bored guy with magical powers who wants to fuck shit up but he doesn’t even really seem to care about that. I don’t get it either. Why does John Carter want to save Mars? Because for him, there is also nothing better to do. Actually, it’s really only because he wants to fuck some girl. Not exactly the best character motivations for a nice blockbuster. 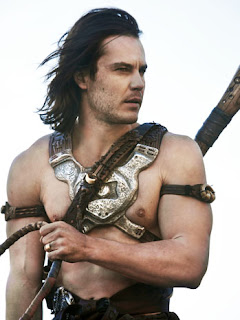 IS there anything good? There’s some decent action, the visual effects can be pretty great. That dog creature is really cute. And sometimes the relationship between John Carter and green Willem Dafoe is quite good but then sometimes green Willem  Dafoe is quite a cunt.
In essence, $250 million down the drain. I’m sorry Andrew Stanton, but unlike Brad Bird, you cannot do live action.
Posted by Tyler Tyrcha at 7:59 PM