Movie Meme Day 10-Movie Thought Wouldn't Like But Did 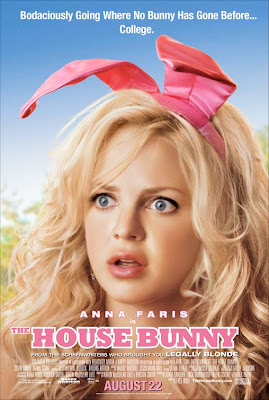 Hello I am the movie encyclopedia and if no one else will see it, I will.
This was an interesting one. Usually when I see movies I know what to expect. Rarely do I ever get surprised. Sometimes it happens but usually it's a "Well that was better than I thought. Not great but not a trainwreck." But to LIKE a movie after already having in mind it would be bad? Only once has that happened. And that was with The House Bunny.
Total chick flick I know but Anna Faris is SO hilarious, so likable and so cute that she can make any movie funny and appealing to either gender. It has a cute story, good characters and it's funny. I was really surprised with this one.
Posted by xTJMac510x at 11:38 PM