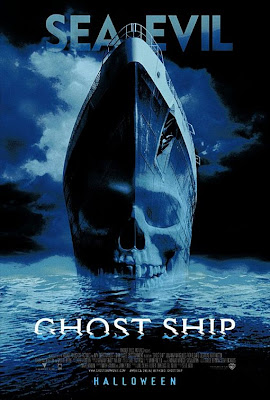 AHHHH!! Hello I am the movie encyclopedia and if no one else will see it, I will.
Today's entry into the meme is a movie you loathe. LAMBcast listeners and friends of mine will know the top contender for this day: Ghost Ship (AHHHH!) Someday I will review this but I'd have to stop trying to stab myself with sharp objects first.
This film could have been good. Great cast, a great "And Then There Were None/Treasure of the Sierra Madre" thriller story aboard an abandoned boat and an R rating so they could get as down and dirty as they had to. Then the company scrapped the script and the rating but kept the cast. What we were left with was a half-assed PG-13 slasher horror involving ghosts. Even the cast phoned it in since they knew the film was going to suck with all the changes.
There's so much wrong with this film that it blows my mind. I abhor this film.
Posted by xTJMac510x at 4:10 PM