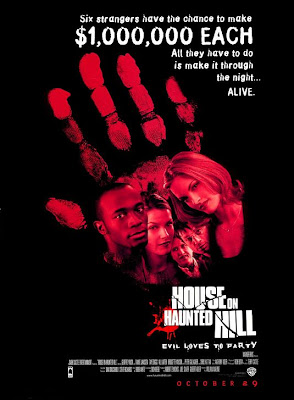 Hello I am the movie encyclopedia and if no one else will see it, I will.
Day 2 of the meme is a film more people should have saw. I chose House on Haunted Hill. Before groaning let me explain. I chose it for these reasons:
Every time it's on MTV 2 I watch it...but nobody else will..sad...
Posted by xTJMac510x at 8:35 PM