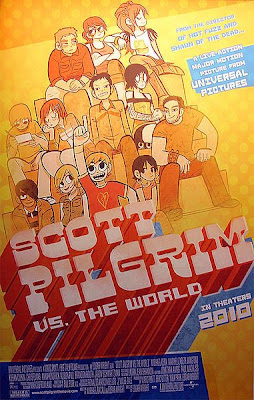 Hello I am the movie encyclopedia and if no one else will see it, I will.
Going into this meme this was an extremely difficult one. So many great soundtracks, only one can be chosen. Despite my dislike of the film series, The Twilight Soundtracks are badass. Then there are all the Disney film soundtracks like A Goofy Movie and The Lion King. Then there are all the awesome scores like Jurassic Park and Indiana Jones.
But then Tuesday happened and the Scott Pilgrim Soundtrack was released. It is made of win.
Sex Bomb-Omb=Win
Crash and the Boys=Win
Beck=Win
Scott Pilgrim Soundtrack=Epic Win
Posted by xTJMac510x at 12:47 PM