My Top 5 Movie Going Experiences of all time

Hello I am the movie encyclopedia and if no one else will see it, I will.
If you are familiar with Anomalous Materials than you will know that they are doing a 31 Days to Build A Better Blog Marathon. This month long marathon is based of Darren Rowse's book of the same name where he explains how you can up your readership and make your blog better in 31 Days. I love my blog the way it is, but with the 1 year anniversary coming up I do have to say I'm willing to give this whole thing a try.
Day 1 had us writing an elevator pitch about our blog. Day 2 now has us doing a list post. I wanted to think outside of the box so I went with something that is a little out of the norm: 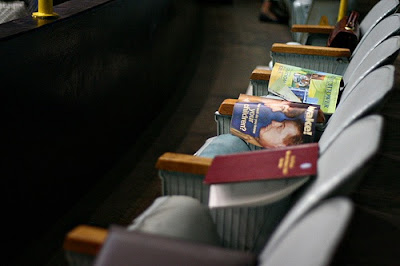 Any movie lover can tell you that saving seats is a pain. If you're going into an extremely crowded film where you know all the seats will be taken, sometimes it's a bit stressful saving seats, especially if your group is late. That was the case with Alice in Wonderland's 1st Friday Showing. There had been a midnight showing (I never usually go to those) earlier that day, but this was the first official showing after the original midnight showing. We had bought our tickets a week early and everyone was excited about the film. Things seemed to be going fine, we were first in the line, first to get in and sit down, but then things turned for the worse: the rest of our group was late.
That wouldn't usually be a problem but our group was 16 people. And we were on the bar isle. You know, that isle that's perfect for putting your feet up. So of course people were wanting to go to that isle first. So in an act of desperation, and to save the seats, I took off my coat, my mom's coat, my hat and her purse and laid them on the chairs. 6 down, 10 to go. So next I took off my shoes, placed them on two seats, took my mom shoes, placed them on two seats and then for the other 6 I put up the arm rests and laid spread eagle across 6 seats. Every time someone would come, I'd shoo them off.
Eventually the group came but that was an experience I won't forget. 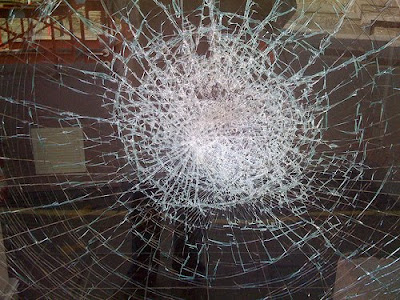 Now I didn't like the Wolfman movie. It was a loud, jump scare filled, piss poor remake of a great series and a waste of good actors. Usually when I don't like a movie, I vent all my anger to my friends or on here. I NEVER get physically angry. The closest I ever came was flipping off various trailers for sucking so bad. But for the most part I am a calm, composed person.
But that's just me. People react differently to things, some more violently than others. A lot of people walked out of our showing of the Wolfman, mostly mothers and their small children who thought this movie would be appropriate. But one particular group of people caught my eye: a group of African-American gangster types who said "F**k this movie" and left. I conveniently (and out of curiosity) had to go to the bathroom. Usually the vocally mad ones who walk out are fun to listen to. Not this one. As I walked to the bathroom, I saw the one of the guys throwing air punches and repeating his exit line over and over. Just as I was about to go in I saw him pick up a metal trash bin and throw it at the glass door nearby, cracking it substantially.
Talk about hating a movie huh?
3. December 10th, 2009-A Pee to Remember 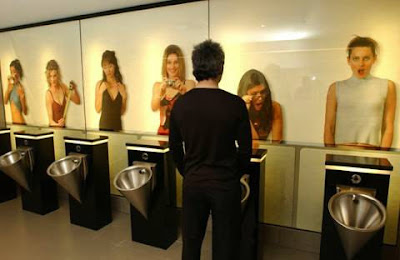 Sometimes being a full time student and up and coming film critic can be hard. Homework, field trips, finals, papers, midterms, it's all a bit much. What's worse is when your professional and educational lives meet. They tend to be giant clustermugs that never end well. In my case it was mixing Sociology with film critiquing.
Our first Sociology paper was breaking social norms and seeing how people react to you breaking the norms. It was a fun experience overall but one norm I broke was fun and dangerous: moving across urinals while peeing. Always a frowned upon no-no, it was a norm that usually never gets broken and I was told to do it. So not risking bombing my first paper, I did urinal hop. There weren't many people in there but could you imagine what it looks like when a fat man runs across a urinal line with his pants down peeing in a different urinal? It's weird to say the least.
I will say it was fun though lol.
2. February 27th, 2010- Altogether now! 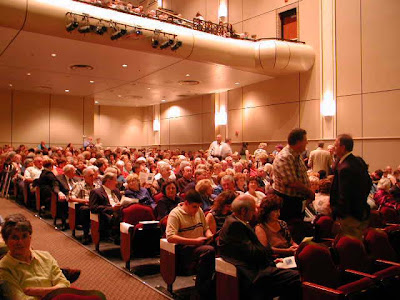 People are always going to talk during movies. I have yet to sit in a film where everybody was silent as church mice. It just doesn't happen. There will always be that one loud person or that "HELL NO! DON'T GO IN THERE!" person in a theater. It's inevitable. But what happens when it becomes a fun thing for everybody? It becomes a screening of the Room. Well this was not the Room but the experience was crazy for sure.
It was the last showing of The Crazies (one of my favorites of this year) for their second night. The theater was moderately full but mostly full of people my age or older. Now since it is a horror movie there was a lot of "OH!'s" and "HOLY SHITS!" and "DON'T GO IN THERE's" but the added factor of having this film take place in Pierce County and all of the attendees in the theater living in Pierce County made this a night to remember.
Whenever someone said "Who is the sheriff of Pierce County?" the audience would reply with OUR Pierce County Sheriff. And any other political positions we all collectively named off in unison. And all those aforementioned call outs I said we all said together. And at the hand knife throat shot scene we started a "Holy Shit" chant.
It was like a frat party in there and it couldn't have been more fun.
1. May 19th, 2005-Waiting 6 hours to see Star Wars Episode 3 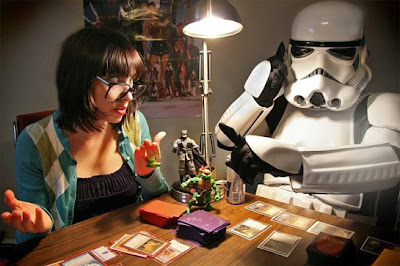 I love Star Wars. I grew up watching it, I owned all the clothes, toys and games and was even a member of the Luke Skywalker Fan Club. I love Star Wars and will always love it for eternity. I even lost my last tooth during Episode 2 (which was fun to find).
But Episode 3 was a big deal to me. It was the LAST Star Wars movie and I was seeing it on opening day. My grandma was busy running errands so I was on my own at the movie theater for the first time. On top of that I had to wait 6 hours to see the film since all the other showings were sold out ahead of time. So what did I do? Any and everything I ever wanted to do in a movie theater:
I bought food, met all the employees, went up to the projection booth, looked inside every auditorium, did three laps in an empty one, looked at a film canister, bought memorabilia, popped popcorn and many other things. For a 14 year old boy this was a huge deal. It was a memory I will never forget and I will always cherish that moment I had waiting to see Star Wars...too bad the theater closed the next year....
What are some of YOUR favorite experiences? Leave them in the comments below.
Posted by xTJMac510x at 1:10 AM

Email ThisBlogThis!Share to TwitterShare to FacebookShare to Pinterest
Labels: LISTS, other