"Who do you suspect?" "Nobody...and everybody. That's where you come into play." 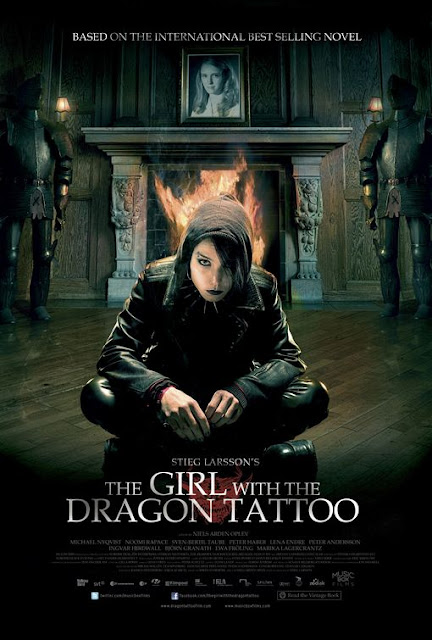 Hello I am the movie encyclopedia and if no one else will see it, I will.
I was a little late to the party when Stieg Larsson's Millennium trilogy first came out. Then again, I always am. Why? Well after reading and obsessing over Harry Potter when it first came out I learned that there will always be bigger fans of things than me. And when the inevitable movie, television show ect comes out, I will be grouped with these fans who make me seem like a total noob. So whenever I'd go to a release of one of the films or one of the books I would always feel out of place since they were all decked out in wizard gear and they had memorized all the spells. I mean I liked the books a lot but I don't obsess. I'm a geek, not a nerd (there IS a difference).
So as time went on more series I read became popular (Darkly Dreaming Dexter, Dead Until Dark, Twilight, and a myriad comic books/graphic novels) I started getting that same Harry Potter feeling I had before and stepped back away from following the masses. So when the time was right I dug into the Millennium trilogy and I have to say that they are fantastic books. I could say a lot about them in detail but Wikipedia will pretty much tell you everything that I could and probably better (I suck at explaining).

And thanks to Fletch (I think), I had heard that there had been a movie series made in Sweden based on the books. So a few weeks ago when it first came out on DVD, I rented it and I have to say it's quite the film...in Swedish. Don't watch the English dub...it just feels wrong to me. That and Swedish uses a lot of the same roots as we do so you'll catch on quickly. 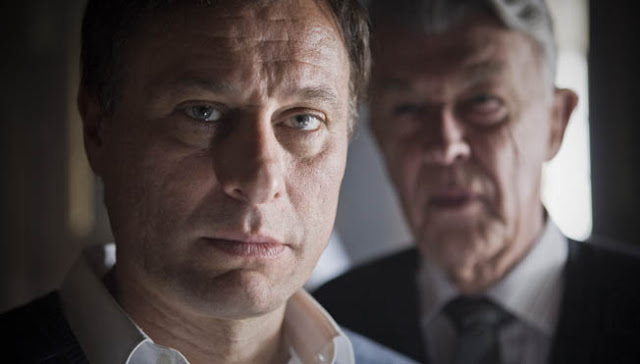 Anyway the plot of The Girl with The Dragon Tattoo follow Mikael Blomkvist, a journalist who writes for Millennium magazine, who loses a libel case against a giant corporation and has to go to jail in a month. He's a mostly reserved man but firmly believes that he was set up by a faulty tip. One day he gets a message from Henrik Vanger, an industrialist big wig, who gives him a job trying to figure out where and what happened to his presumably dead niece Harriet. Why Mikael? She used to babysit him when he was young and that seemed like good enough motivation. That and he keeps getting leaves/branches/shrubbery (I can't tell what), every year on his birthday, something that Harriet did when she was alive. So Mikael moves into the guest house next door and begins his investigation.
While all this is happening the "Girl With the Dragon Tattoo" Lisbeth Salander, a chain smoking, heavily pierced, goth esque, mentally unstable hacker who works for a firm doing full analysis's on different people. Her current work just so happens to be Mikael and she agrees with Mikael that there is something funny about the case. While doing all of her regular work and hacking, she also gets a new probation officer/guardian to watch after her. He's a d**k for lack of a better term and just makes matters worse for her. So she has to deal with all of that and still working. You gotta have a tough skin to do that and luckily Lisbeth does. 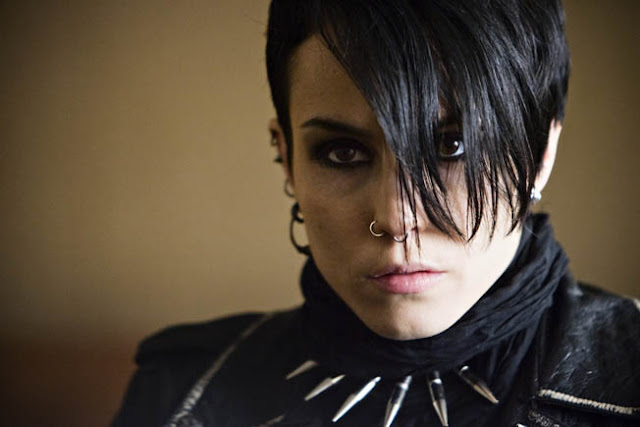 The plot reminds me a lot of classic mystery films or really great episodes of cop procedurals. I mean that in the sense that you are presented with this mystery and as more unfolds, you get more invested into the story and you want to know how it ends. And once these two stories cross paths you are just on the edge of your seat with excitement, wondering what will happen next. From the book standpoint it's an OKAY adaptation and it does leave out some stuff I would have put in, but adaptations are always going to change SOMETHING and with what they had...they did good.
The acting is superb in this film. Noomi Rapace, a very stunning woman, dirties up well for this movie and is an amazing actress. She can convey a lot with just her emotions and body language and she's just a joy to watch. Michael Nyqvist, who plays Mikael, is great. You really care about him, you see the gears really turning in his head when he's trying to solve the mystery and he has a lot on his mind and on his heart and you can see that. The supporting cast is great as well and Peter Andersson who plays the new guardian is great. He's menacing, evil and you really grow to hate him. In other words he plays a great villain. 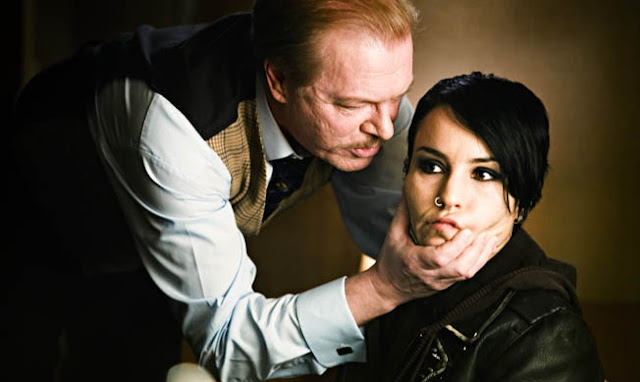 The story is great, the atmosphere is great, the acting is great and everything about this movie is great. I can't really see any problems with this movie besides the English dub (on the DVD), or the fact that it may not appeal to everyone because of it being foreign, but I quite enjoyed this movie and it's worth a watch if you haven't already seen it.
MY VERDICT: OWN IT
Posted by xTJMac510x at 2:34 PM