Jack of All Trades PLAY BY PLAY Episode 4: Once You Go Jack 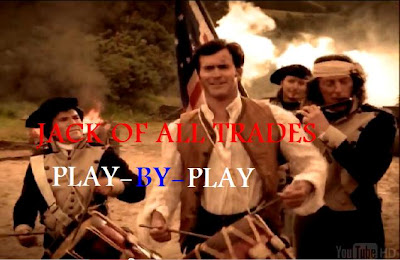 Hello I am the movie encyclopedia and if no one else will see it, I will.
Now it's time for Part 2 of Day 2 of my coverage of Jack of All Trades: Episode 4. Episode 4 is entitled "Once You Go Jack..." 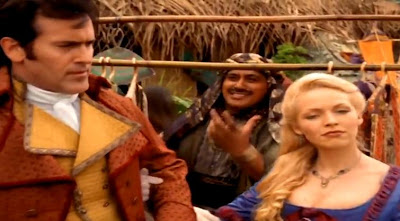 The episode starts with Jack and Emilia at the local market buying clothes. Jack is outraged at the crazy prices but Emilia just calls him cheap. Jack does eventually buy something and so does Emilia but it is revealed shortly after that the man was actually a new British spy who gives intelligence in the same way as Jean Claude. The info indicates that Croque and Brogard have come across a super cannon capable of destroying a town. It's up to Jack and Emilia now to destroy the cannon and save Palau Palau. 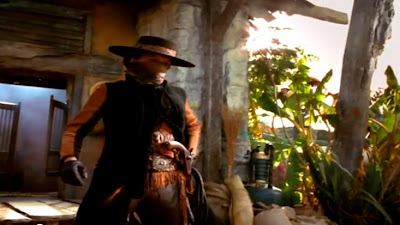 Just as they are about to leave the market though a strange woman appears out of nowhere and starts shooting at Jack. The person seems adamant about killing Jack but keeps on missing for some reason...usually shooting AROUND him. They duke it out and finally Jack tackles her to the ground to reveal that it is in fact Jack's old partner Kentucky Sue. 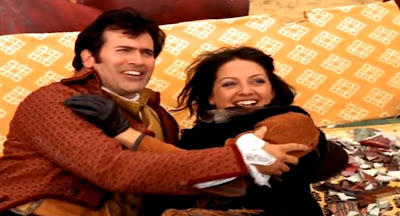 Kentucky and Jack used to fight together during the Revolutionary War but Jack had to leave and that made her feel bitter. Eventually she forgave him though and is now attempting to make amends with Jack and find out exactly why he left. Emilia is a bit taken aback by this whole situation but is probably more taken aback by the fact that Kentucky is extremely un-ladylike. 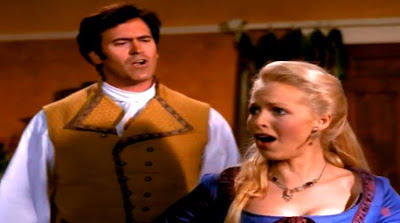 Later that day Emilia comes in saying they need to focus on the mission and that all this fooling around with Kentucky is not good and that Jack is losing focus. Jack thinks Emilia is a little jealous but Emilia scoffs at the idea of being jealous of Kentucky and him. 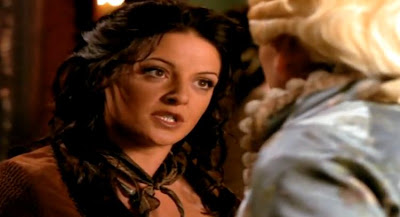 Jack and Emilia have to go to a dinner party at Croque's mansion, hoping to scope out the cannon and maybe even coax Croque to shoot his load early (...um that sounded better in my head). But Kentucky is adamant about coming along so they bring her along. Jack and Emilia have a talk before the party though saying that when it comes time for the mission that Kentucky should stay out of the way. When Jack confronts her about this, Kentucky takes it as a marriage proposal, and Jack freaks out and says no. This angers Kentucky and she goes to Croque to reveal Jack's secret of being the Dragoon. Jack narrowly avoids capture though by hesitantly agreeing to the proposal. 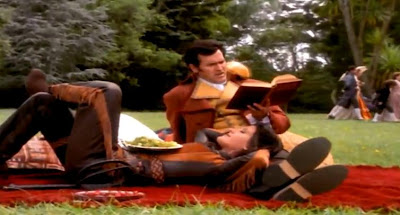 Much to the chagrin of Jack, he does everything in his power to please Kentucky. Go on walks, read her stories, take her on picnics ect. Kentucky is happy but Jack is absolutely miserable. But when Jack finally has had enough and voices his opinions, it ends up with Jack and Emilia getting shot at by an angered Kentucky. Jack calms her down and says why he left and Kentucky forgives Jack and offers to help on the mission. 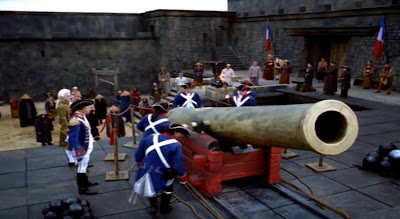 The next day the cannon is being set up for an exhibition shot, which is aimed at a small village with innocent people. The Dragoon comes in to distract and fight off the guards while Emilia places a bomb around the cannon. She is caught by Croque but before she is revealed Sue takes a shot at him, thus saving her from exposure. Croque is never actually shot but being shot at is enough to scare him away. 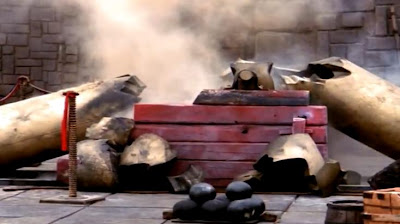 Eventually with the help of Kentucky, they are able to blow up the cannon and escape. 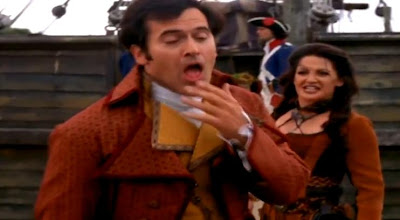 In the end Kentucky is about to leave but Jack comes and talks to her about the past and the future. Kentucky gives Jack a bullet with his name on it that she had been keeping and they part with a hug and kiss...followed by a right hook to the jaw. So it ends and Kentucky leaves.
The Verdict:
Entertainment:5
Plotline:5
Acting: 5
Jokes: 5
Technical:5
A great episode and the character of Sue is a great opposite of Emilia and really throws Jack off his guard.
5 out of 5
Posted by xTJMac510x at 4:22 PM