You're going to be a force for good and a very important sorcerer. But for now, you're my apprentice 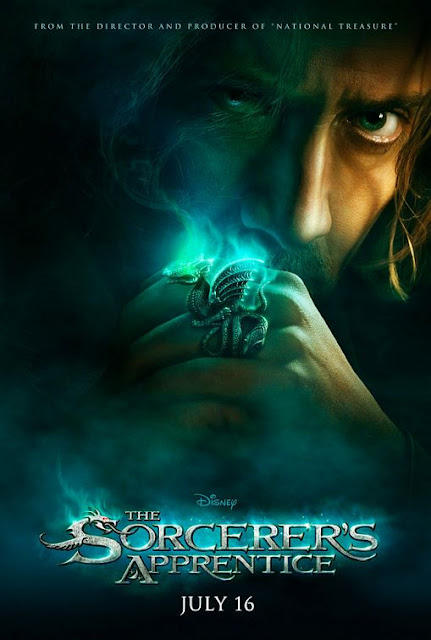 The earliest film I ever remember watching in the theaters was the Disney classic (and still one of my favorite films to this day) The Lion King. After that, besides religious viewing of Star Trek: The Next Generation and Star Wars, all I ever watched was Disney movies. And despite loving most of them, the one that always stuck out to me for some odd reason was Fantasia. It was so different from any other film I had seen that it intrigued me from the get-go. The music, not a written story, guided the film and for that, even at a young age, I could appreciate that on a deeper level. My favorite scene from that movie though, or at least the one I could remember the most clearly, was The Sorcerer's Apprentice. Maybe it was Mickie's involvement or the whole spectacle of the thing but it's still stuck in my mind to this day.

So when I heard that Disney had decided to make a live action movie loosely based on that segment I was intrigued. When the crew from National Treasure (Bruckheimer, Turteltaub and Nic Cage) attached itself to the film my intrigue slowly transformed into confusion. But nevertheless the film looked interesting enough so I decided to give it a look. 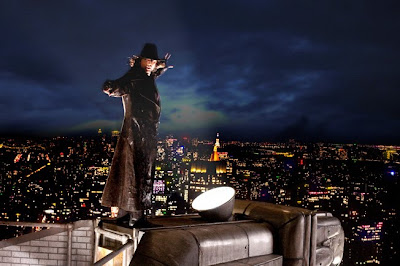 The story follows Balthazar and Dave. Balthazar (Nic Cage) is an apprentice of Merlin who, in 740 AD, imprisoned an evil witch named Morgana in a magical prison called the Grimhold and was given the task of protecting the Grimhold whilst finding the Prime Merlinian aka the person who would be the successor to Merlin himself. Besides Morganians (the people who want to release Morgana) Balthazar's major threat to the safety of the Grimhold is Horvath (Alfred Molina), a former apprentice and Morgana's partner in crime.

In 2000, Balthazar encounters Dave and gives him a dragon ring which is used as the indicator for the Prime Merlinian. The ring attaches itself to Dave but before Balthazar can do anything, Dave accidentally releases Horvath from the Grimhold (he'd been imprisoned in there) and Balthazar and Horvath are both imprisoned in an urn for ten years. Ten years later Dave (Jay Baruchel) is in college and is confronted by an angry Horvath who demands the Grimhold. Dave throws the Grimhold away and is saved by Balthazar. Now it's up to Balthazar and Dave to retrieve the Grimhold, or at least keep it away from Horvath and all the while Balthazar must teach Dave magic since he could very well be the chosen one.

(My Google spelling exploded while I was trying to write those last two paragraphs. Oddly enough Morgana was the only odd name that didn't get the wrong spelling red line. Huh...)

I don't really have any major qualms with the story to be completely honest. It's nothing that we haven't seen before (training, finding oneself, fighting bad guys) but it was interesting and it kept my interest throughout the whole film so for that I give it credit. It also did provide some laughs but oddly enough not many from Cage. Cage tends to be a comedy goldmine whether he means to be or not but he's a much more subdued Cage then I've seen in recent memory. Instead Baruchel delivers a lot of the laughs. Then again when you sound like Christian Slater Jr and you have as good of a comedic timing as him then whatever you say tends to be funny. And I liked the nods to Fantasia, albeit brief and the re-do of the original scene with the brooms was definitely impressive.

My major problem with the movie actually isn't the movies fault I think. I just wasn't blown away by the whole thing. The acting was good, the effects were pretty, albeit cheap looking on occasion, and the story was good but I just wasn't blown away by the whole thing. It was supposed to be this epic blockbuster in yet it ended up just being a decent fantasy film. I could blame Cage for not overacting the heck out of  his role but sometimes his overacting isn't necessary for a film to be good. Molina was a good villain, but I never really truly felt threatened by him. Maybe it was just me.

Sorcerer's Apprentice is not a bad movie by any stretch of the imagination, but just not that great either. All the parts work fine but I just never felt that sense of excitement that I feel the film was really going for. If you happen to catch it on TV then give it a look, otherwise I'd wait on this one.

Email ThisBlogThis!Share to TwitterShare to FacebookShare to Pinterest
Labels: Rent it, sci-fi