She did make a choice, Scott. It was you. 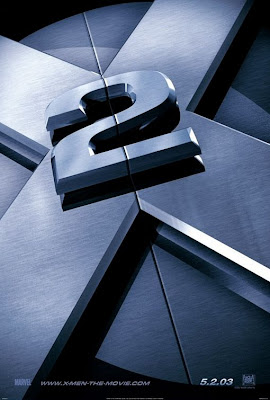 Hello I am the movie encyclopedia and if no one else will see it, I will.
The first X-Men film was a classic staple of comic book films and a standard set for those to come. Well so when the inevitable sequel was announced it was needless to say that the expectations were pretty high. Well the movie released and it was awesome. In my opinion not as good as the first one but still awesome in it's own right. It took most of the things that were great in the first movie and built them up and made them better. If only that would have been the case with the third one.
But I digress. The story of the second one revolves around William Stryker, an evil military mastermind with a major grudge against mutants. His ultimate goal is to destroy all mutants and its up to the X-Men to stop him.
I realize that's a really short synopsis but the film is mostly full of action. At almost any given moment of the film it is brimming with action, tension and awesome special effects. While the first was more plot driven, X-2 certainly outdoes the first one in the action department. And maybe that's why a lot of people seem to like this one over the first one. Either way though the film is awesome.
So if you loved the first one or want a really good action movie with amazing special effects then this is the film for you. That and after this movie the X Men series takes a giant freefall into oblivion. So check out the first two and skip the next two.
MY VERDICT: OWN IT
Posted by xTJMac510x at 12:38 PM