They wish to cure us. But I say to you, we are the cure! 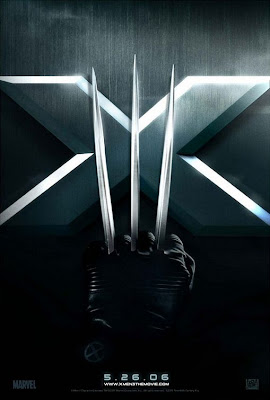 Hello I am the movie encyclopedia and if no one else will see it, I will.
They could have made a great movie. Taking almost all my favorite mutants from the X-Men universe (minus Gambit but since he was the only saving grace of the next film...) and pit them in an all out war against each other AND the military? AND THERE IS PHOENIX!!!?? This could have been the best comic book film of all time! But no...Brett Ratner had to step in as the new director and Zak Penn (writer of Last Action Hero) had to step in as the writer. So you have a Razzie Award winning writer and the director of the Rush Hour series doing the new X-Men movie....WHY!!!!!??? This could have been amazing and they turned it into a crappy, one-liner ridden, phoned in performed, continuity destroying, idiotic cameo ridden piece of garbage.
As you can tell I don't like this movie. It's badly acted, characters are almost miscast, there are totally useless cameos, all the regulars don't give a crap, the story (Mutants vs Mutants vs Military is really the extent of it with useless plot exposition to make us "care") is weak and poorly written and its just not fun to watch.
I just don't like talking about it. It's a bad movie, don't see it and really unless you thought Transformers 2 was the greatest thing ever made you won't find any enjoyment out of this poorly written crapsterpiece.
MY VERDICT: ABOMINATION TO CINEMA
Posted by xTJMac510x at 12:38 PM