Is it better to live as a monster or to die as a good man? 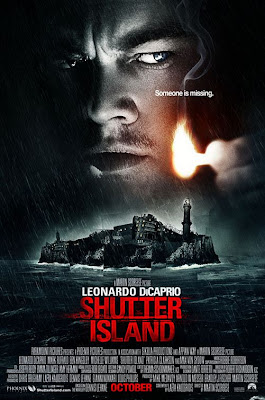 Hello I am the movie encyclopedia and if no one else will see it, I will.
To say I was anticipating this movie would be an understatement. In my honest opinion Martin Scorsese is the best living director right now and has created some of the best and most memorable films as all time. Then I hear that Dennis Lehane, an author whom I love dearly and who has created great masterpieces like "Gone Baby Gone" and "Mystic River (both ended up as movies)" was creating a new thriller about Federal Marshall's stuck on an island with an asylum. It was called "Shutter Island." I read the book and was blown away. Not since Catcher in the Rye had I read a book that was truly brilliant. Then I hear Martin Scorsese will direct the movie version. On top of that you got some of the best actors today attached and Steven Knight (of Eastern Promises) and Laeta Kalogridis (of Birds of Prey) are writing it. I nearly squealed with glee when I saw a release date. But it kept getting pushed back...nevertheless my hope never faded and when it finally came out I rushed to see it. The theater was packed but I didn't care, I was happy and seeing the movie I was dying to see. What did I get? I got what I expected: a great thriller from great writers with great direction and great acting that was true almost line for line with the book.
Without giving much away in terms of plot (and it's a doozy of a plot) it's this. Edward "Teddy" Daniels and his partner Chuck Aule are Federal Marshall's that have been assigned to a case at Ashecliffe, a mental institution on Shutter Island. Once there they have to figure out how a patient Rachel Solando disappeared from the island while under watch from the gaurds. But when they start digging they realize that not everything may be as it seems.
From the first shot to the last shot this is a brilliant film. Leonardo DiCaprio continues to impress me at how much he has grown as an actor. Mark Ruffalo is brilliant as well playing the sidekick to Leo and they play off each other quite well. Other great performances come from the brilliant as always Ben Kingsly, Michelle Williams in a surprisingly deep and sinister role and probably most importantly Jackie Earl Haley. His role is no more than about 6 minutes at most in yet it is phenomenal. The look, the voice, the inflection...I actually clapped after he went off screen. Add them all to the great pacing, writing and direction from Scorsese and it's all a brilliant film...
...except for one NAGGING problem: the horrendous editing. Thelma Schoomaker, a multiple Academy Award Winning editor and a great personal friend and collaborator with Scorsese really slacks in this movie. There are noticeable cuts that are quite jarring (not just for effect but like in the first couple minutes) and it doesn't get better. It seems like plot points disappeared and reappeared at random and glasses and scarves disappear and reappear at random as well. One second they are holding a glass and the next frame a cigarette. Usually I don't notice things like this but Thelma really dropped the ball with this one. It wasn't a movie killer but it was consistent enough in the film to make me get a bit peeved.
Overall though Shutter Island is a great and suspenseful thriller that is well told, well acted, well written and well directed and that proves that you don't need jump scares nowadays to really make an audience feel disturbed without being disgusted. A great film.
MY VERDICT: OWN IT
Posted by xTJMac510x at 10:21 PM