Gandhi said that whatever you do in life will be insignificant. But it's very important that you do it. I tend to agree with the first part. 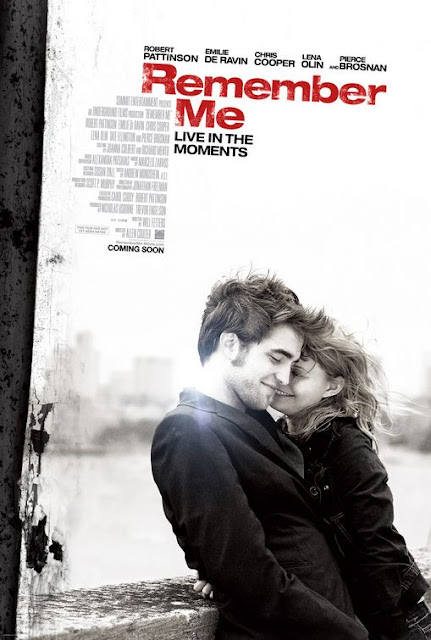 Hello I am the movie encyclopedia and if no one else will see it, I will.
Remember Me is a film that on first glance may not seem all that impressive. The trailers and posters made it out to be nothing more then your average romance drama. But me, living by my mantra that if no one else will see it, I will, I gave the movie a chance. And what do you know? It was actually pretty good. Sure it wasn't the best film ever made, but in a genre that is inundated with romantic comedies that seem to have been processed out of a factory, a true romantic drama is a diamond in the dirt.

Remember Me tells the story of Ally and Tyler. Ally (Emilie de Ravin) is a young college aged woman whose mother was murdered in front of her when she was younger. Her father Neil (Chris Cooper) is an NYPD detective and because of what happened to his wife, is very overprotective of his daughter. Tyler (Robert Pattinson) works at a bookstore while auditing classes at NYU and has a bit of a depressing past as well. His brother committed suicide and his father and him don't exactly see eye to eye. Thanks to an altercation with Neil, Aidan, Tyler's roommate, gives Tyler the idea to hook up with Ally and then break her heart to get back at Neil. In typical movie fashion, Tyler does so only to actually fall in love with Ally. Their shared tragedies only help them bond more and the sparks fly as they say. 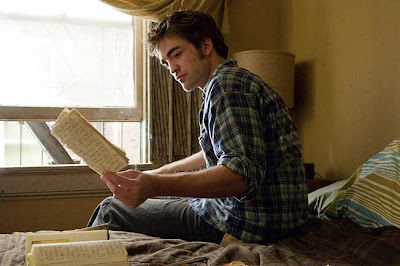 Famed television director Allen Coulter, who also directed the acclaimed 2006 drama Hollywoodland, really helps capture their budding romance and he moves the film along at a pretty steady pace. Will Fetters, who wrote the movie, does a great job of making you care about the two leads and makes their love seem genuine. Pattinson and Ravin do great in their roles, Pattinson especially, who shows that when given the opportunity to show more than one expression, he can be a great actor. Once the Twilight saga fades away, I feel Pattinson will actually be one to watch. Ravin, whose done some pretty good jobs in B grade horror films like The Hills Have Eyes is enjoyable to watch and is very believable in her role.

My only real flaw with the movie is the ending, which could come off as borderline offensive to some. The film uses 9/11 which, 10 years after the fact, is still a tender subject to many. I mean if a film's main focus is 9/11 or something that came out of 9/11 like Reign Over Me, then that's usually okay. But the way it comes off, at least after the first viewing of the film, is that Fetters needed to make the title of the film relevant and used an American tragedy to bring the "Remember Me" part of the film home. That being said however I know 9/11 affected many people and that a film like this shows that those you love could be stripped away at any moment and for that I respect the film and it's decision to use 9/11. Would I have used something different? Probably, but I respect Fetter for the message he was trying to get over. 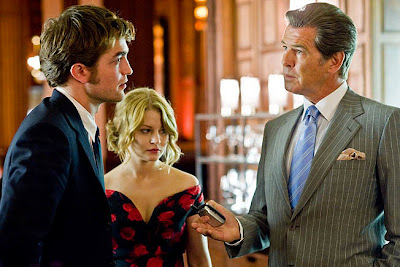 Overall Remember Me is a well done, well acted romantic drama and shouldn't be written off just because of the inclusion of Pattinson. While the ending may offend some, overall it's a touching portrayal of love and one people should give a look.


This is an addendum to the review written on January 11th, 2011:
If you would have told me when I first wrote this review that it would be my most discussed review ever, I probably would have laughed at you. I wrote the review in March after having just watched the film, gave it a surprisingly glowing review with only one flaw, a somewhat questionable ending that may offend some, and gave it my 3.5 star rating. A few months later the stats section on Blogger was added and when I went to check I was surprised to find out that this was my most viewed review. It was probably due to the Gandhi quote but what I didn't expect was all the hate. My original review wasn't much different then the one you see now but I kept getting all these comments on how I was a horrible person who hated the movie and didn't get the movie's ending. So I re-wrote the review explaining how I actually quite enjoyed the movie and that I understood the ending. But I pointed out that the fact remained that it may still offend some people. I even went so far to write out the plot for them and show I did watch the movie. But I still got a ton of hate comments and e-mails and after a while I just stopped caring and let them do as they please. I re-wrote it one last time, this time a near mirror image of the original review and since then it's been quiet. But I'm still willing to bet it will piss off some people and more hate comments will ensue. But you know what? I'm okay with that.
Posted by xTJMac510x at 4:14 PM