Truth only means something when it's hard to admit! Don't you get that? 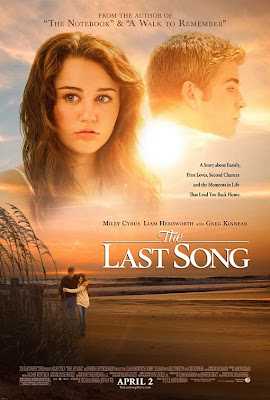 Hello I am the movie encyclopedia and if no one else will see it, I will.
Destiny Hope Cyrus is destined for mediocrity. Just like her father Billy Ray, Destiny started off as a singer, got an acting gig, decided that she could move into movies, releases really bad CD after really bad CD, and decides acting is more important and quits music. Destiny...dammit...she changed her name didn't she? It's Miles something...Miley! That's right...she gets to be special because she's a celebrity. Anyway Miley has a new film out everybody! You know what that means right?:
Yeah, because of my credo I thought "This can't be THAT bad can it?" Well Bounty Hunter was better...
Well here is the story: Veronica Miller (nicknamed Ronnie) is a piano prodigy who got accepted into Julliard. Well because her parents got divorced and because she is a teenager of the 2000s, she decides to rebel, not talk to her father, refuse to play piano, be moody, and not go to Julliard. Ronnie's mom decides to send Ronnie and her brother over to their fathers new house for the summer. Ronnie is mopey, purses and bites her lip more than Kristin Stewart, crosses her arms and humphs, rejects her father trying to reconnect with her, and treats everyone like crap complaining about everything. She acts like this till she meets a boy named Will. They go to a Sea Turtle Rally and fall in love. Guess the rest...The story is not that bad. I rather like Nick Sparks' books and think he is a good author. He was also given the job of writing the movie and simplifying his book down into a 107 minute film. He also had to think about the target audience. So the majority of the good stuff in the book had to be cut out in favor of more mushy, unexplainable crap that makes no logical sense and is totally out of whack to anyone above the age of 14. The director isn't that bad either as the cinematography and direction is pretty good. Not good by any other movies standards but it didn't fall on it's face.
No the main problem is the acting. Miley has stage prescience and charisma and brightens up the screen but every time she opens her mouth I cry a little and every time she tries to be dramatic I grab the nearest sharp object. It doesn't help that the brother is an annoying one-liner generator, Greg Kinnear wonders what happened to his career, Liam Hemsworth is also painfully bad with his soap opera background shining away. The acting is just painful all around.
There is no way I can recommend seeing this movie. It's horrible, cheesy, corny, boring, unexplainable, badly acted and a waste of screen time. Now I'm going to go look for something blunt to wipe my memory clean of this film.
MY VERDICT: ABOMINATION TO CINEMA
Posted by xTJMac510x at 3:03 PM